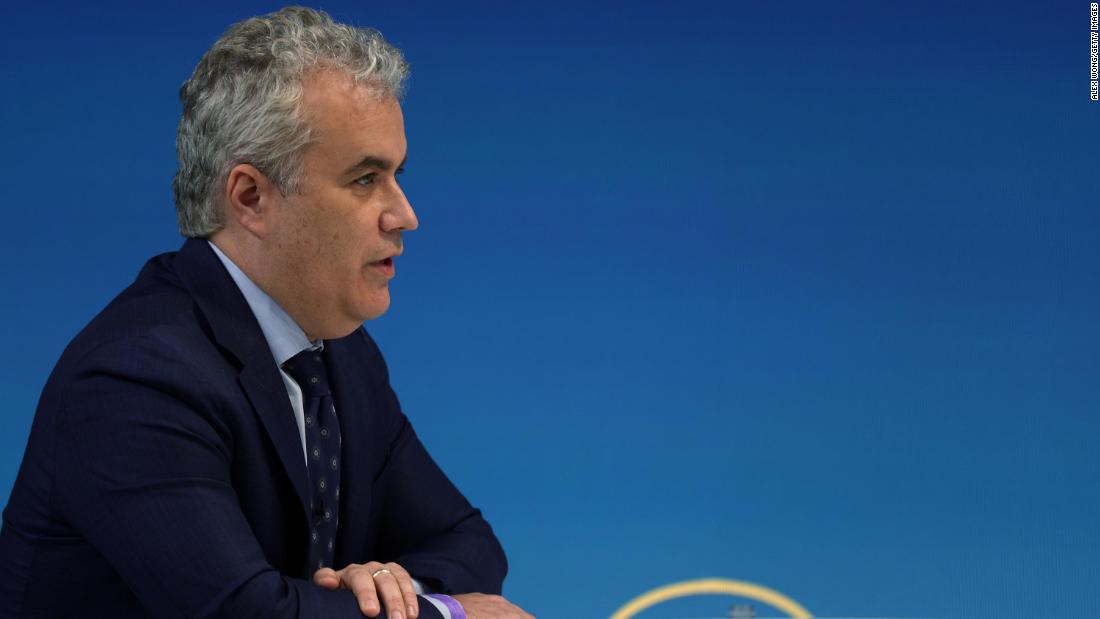 It comes as the US is experiencing rising cases — the highest case count since September — with nearly 60,000 people currently hospitalized in the US and nearly 1,600 people dying every 24 hours. Scientists are also rushing to learn more in the coming days about the spreading Omicron variant. Multiple cases of the variant have been detected in the US after the Biden administration imposed travel restrictions on eight African countries last week.

But there is some progress in critical efforts to stop the spread of the virus through vaccinations.

Zients, who will be joined in the briefing by Biden medical adviser Dr. Anthony Fauci and US Centers for Disease Control and Prevention Director Dr. Rochelle Walensky, will also note progress on booster shots.

“In the last week alone, we have gotten nearly 7 million people a booster. A million booster shots in arms a day, that’s more people getting a booster shot per day than ever before,” he will say.

And, Zients will say, 5 million children ages 5 to 11 will have received at least their first shot as of Tuesday.

The efforts to boost vaccinations at home, where 71% of Americans have received at least their first shot and 60% are fully vaccinated, comes as the administration is also ramping up its efforts to share doses abroad.

Zients will announce the United States has shipped over 300 million doses of Covid-19 vaccine across the globe as of Tuesday morning and is expected to have shipped 2 million more by the afternoon briefing, Zients will announce. That is more vaccine doses shipped abroad than all countries combined, per a White House official.

Opinion: For Putin, Kazakhstan is a domino too big to fall

'It's all come together': Katie Taylor ready for biggest fight women's boxing has ever...

Sports Gerald Ravindran - January 18, 2022
0
Katie Taylor has become a game-changer for women's boxing. The undisputed lightweight champion and ESPN's No. 1 pound-for-pound fighter is on the precipice of...

Sports Gerald Ravindran - January 18, 2022
0
Sevilla's Copa del Rey exit came a day after the game started, as Joan Jordan was hit by an object thrown from the crowd...