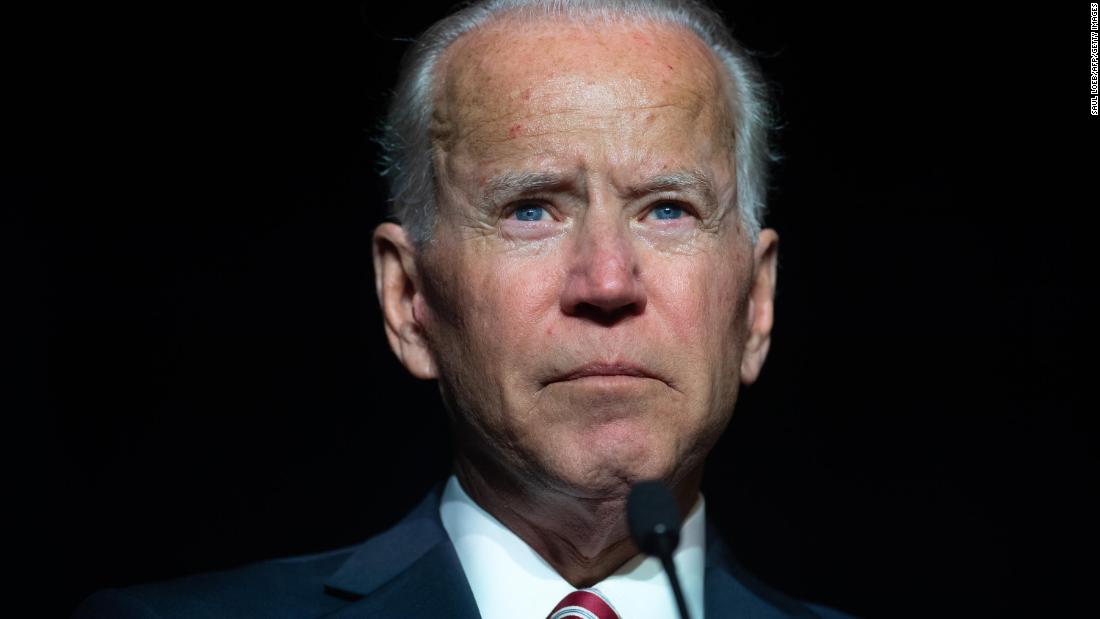 A staffer interjected that Biden needed to go, and Charlamagne shot back: “You can’t do that to black media!”

“I do that to white media and black media because my wife has to go on at 6 o’clock,” Biden said, referring to his wife Jill Biden apparently needing to use the broadcast studio they’ve built in their basement in Delaware as the coronavirus pandemic has knocked Biden off the campaign trail. Glancing at his watch, Biden said, “uh oh, I’m in trouble.”

Charlamagne told Biden that he should come to the studio in New York City for another interview, telling the former vice president that “we’ve got more questions.”

“You’ve got more questions?” Biden replied. “Well I tell you what, if you have a problem figuring out whether you’re for me or Trump, then you ain’t black.”

Charlamagne responded, “It don’t have nothing to do with Trump. It has to do with the fact, I want something for my community.”

“Take a look at my record, man!” Biden shot back.

Later on Friday afternoon, Biden addressed his comments in a call with the US Black Chamber of Commerce, saying, “I shouldn’t have been so cavalier” and insisting he doesn’t take black voters for granted.

“The bottom line of all of this perhaps I was much too cavalier. I know that the comments have come off like I was taking the African American vote for granted but nothing could be further from the truth. I’ve never, ever done that and I’ve earned it every time I’ve run,” he said.

Biden at times during the 2020 race has quickly become testy when challenged over his record by groups the former vice president believes would fare worse under Trump. In November, he told a protester criticizing former President Barack Obama’s record on deportations that “you should vote for Trump.”
Visit CNN’s Election Center for full coverage of the 2020 race

The interview was Biden’s first appearance on “The Breakfast Club,” a popular nationally syndicated radio show broadcast from New York City that other leading Democratic presidential candidates appeared on during the primary.

Biden’s win in the Democratic primary was fueled primarily by his support from African-American voters, particularly older ones, who catapulted him to the win in South Carolina that set the stage for Biden to all but end the race in the following weeks.

“Vice President Biden has spent his career fighting alongside and for the African American community. He won his party’s nomination by earning every vote and meeting people where they are and that’s exactly what he intends to do this November,” senior Biden adviser Symone Sanders said of the interview on Twitter.

She added: “The comments made at the end of the Breakfast Club interview were in jest, but let’s be clear about what the VP was saying: he was making the distinction that he would put his record with the African American community up against Trump’s any day. Period.”

Katrina Pierson, a Trump campaign senior adviser, said in a statement that Biden “believes black men and women are incapable of being independent or free thinking.”

Trump in 2016 argued that black voters should reject Democrats who he argued had taken their votes for granted and back him, saying, “What the hell do you have to lose?”

Biden has frequently criticized Trump’s history of racist comments and actions, which includes questioning former President Barack Obama’s citizenship, expressing frustration with immigrants from “s***hole countries” and referring to white supremacist protesters in Charlottesville, Virginia, and counter-protesters by saying there were “very fine people on both sides.”

In the radio interview, Biden declined to name people on his list of those being considered for the vice presidential nomination, but said:”I guarantee you, there are multiple black women being considered. Multiple.”

Charlamagne pressed Biden on his role in enacting the 1994 crime bill, which Biden defended, saying Hillary Clinton was “wrong” in 2016 to apologize for it and that Republicans — had insisted on the inclusion of mandatory minimum sentencing.

Biden also defended his calls to decriminalize marijuana, rather than legalizing it. He said before legalizing it, he wants to wait and see the results of studies on “what it affects, doesn’t affect in long-term development of the brain. And we should wait till the studies are done.”

“I think we got decades of studies from actual weed smokers though,” Charlamagne cut in.

This story has been updated with additional comments from Biden Friday afternoon.

Sports Gerald Ravindran - June 4, 2020
0
In this most abnormal of springs, the Detroit Tigers may make an abnormal pick with the first selection in the 2020 MLB draft: a...

Workshops, pitches and the shortlist of Europe’s hottest startups in The Europas Awards

World Gerald Ravindran - June 4, 2020
0
Well the votes from the public and the judges are in and we can finally reveal the shortlist for The Europas Awards 2020 to...