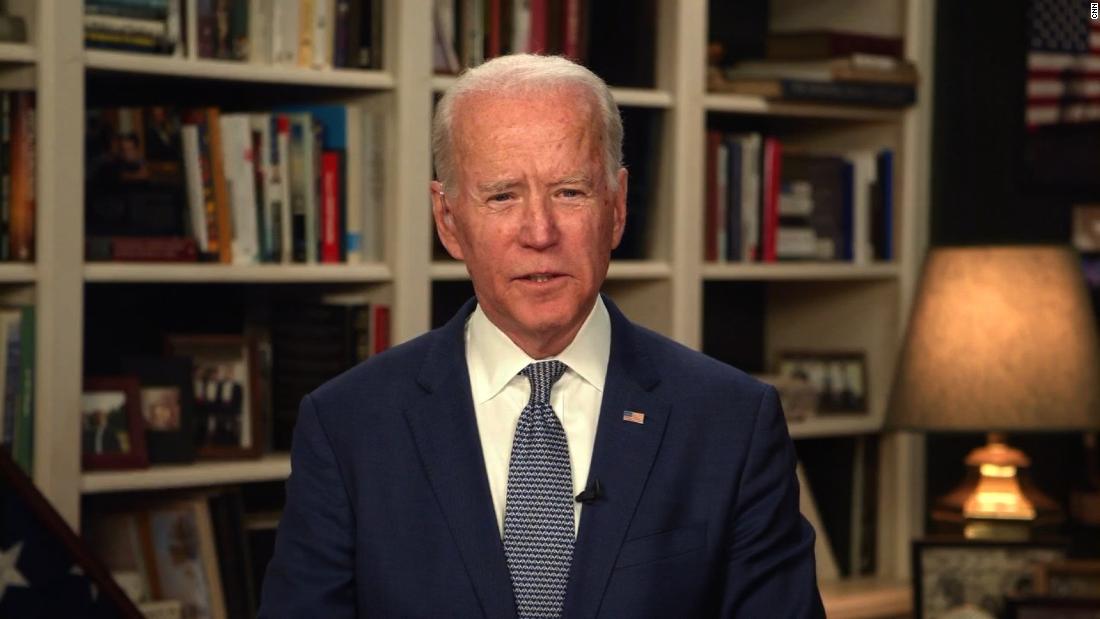 “This is a war, and these are our soldiers,” Biden says, speaking directly to the camera as video of paramedics and nurses providing care amidst the pandemic cuts in and out. “As President, I wouldn’t send an American soldier anywhere in the world without all the equipment and protection they need. We should not do any less for the heroes on the frontlines in this battle we’re in now.”

In an attempt to offer an implicit contrast with President Donald Trump, the Biden campaign is using the ad to show the former vice president as someone who can empathize with Americans during difficult times — a strategy they have employed since the outbreak of the pandemic.

While the campaign has launched a handful of negative ads criticizing Trump’s handling of the crisis, this is the first ad showcasing Biden’s empathy without mentioning the current President’s name. The ad will air on Facebook and Instagram as part of a previous digital ad buy in battleground states, including Wisconsin, which still intends to hold a primary election on April 7. The campaign has spent about $870,000 on Facebook ads in the last week and nearly $9.4 million on the social media platform to date.

Biden pointedly says in the ad that the crisis is “unlike anything” the nation has faced before but adds that he “couldn’t be prouder” of the response of the American people. The United States is seeing the “soul of this nation” on display, he says, invoking his campaign’s mantra. The ad ends with Biden on camera: “The American people have never, ever, ever let their country down. We’ve just got to give them all they need — now.”

During a CNN town hall Friday night, Biden issued a similar, uplifting message, broadcasting from his in-home studio in his Wilmington, Delaware home.

“We are seeing the soul of America now. Take a look at what is happening. Everywhere you look, you see people reaching out to help people,” Biden said. “This is an incredible nation. The American people are generous, decent, good, fair, bright, and it makes you so proud to be an American.”

In a time when the 2020 election has effectively come to a halt with the cancellation of in-person campaigning, the Biden campaign — after a rush of momentum at the beginning of March led to the former vice president claiming the front-runner status — has struggled to break through into the national conversation surrounding the pandemic. Biden had an in-home studio installed and has put it to use almost daily, hosting virtual town halls, round tables and press briefings and making TV appearances.