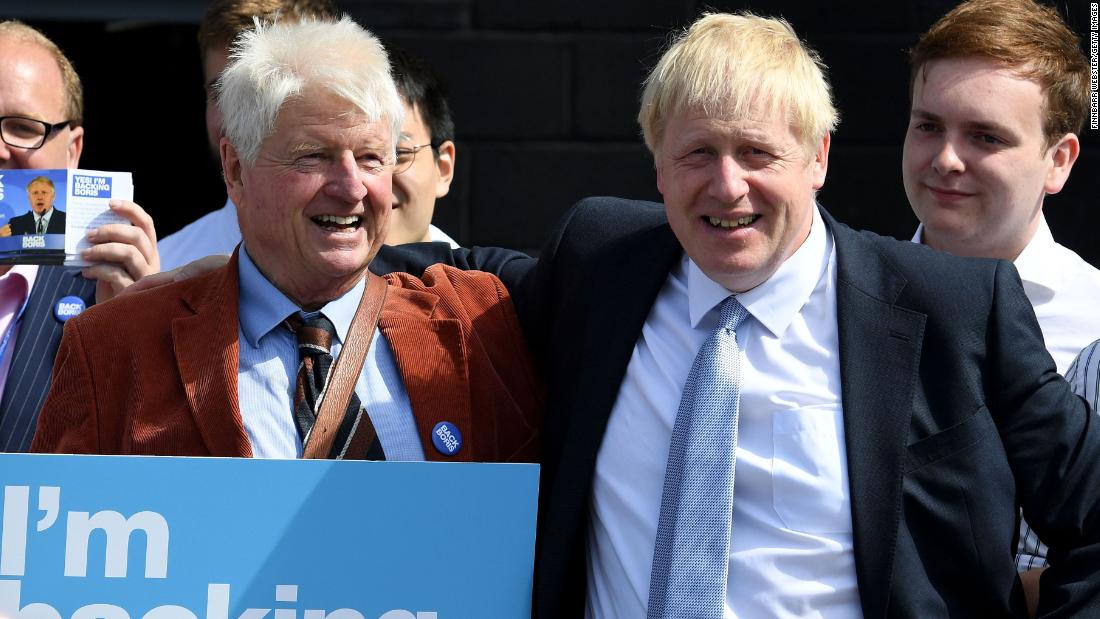 Debbie Zurick, who was in her 50s, was shot dead over the weekend at her home in Winsford, which is next to Stanley Johnson’s home. Police have launched a murder inquiry.

A 67-year-old man was found in a nearby outbuilding with serious injuries caused by a shotgun.

He has been taken to hospital under police custody. He is in critical but stable condition, police said.

Stanley Johnson told the PA news agency: “Both I and my whole family are shocked, stunned and saddened by this tragic incident.”

“We very much regret the passing of Mrs Zurick. She was a neighbour and she was much loved. She was honorary secretary of the Working Clumber Spaniel Society and was much loved for the work she did, in the society and in Exmoor and beyond.”

Zurick was an avid dog lover and posted many pictures of her dogs on her Facebook page.

An image posted by her husband in March 2016 shows the now-Prime Minister Boris Johnson with a dog apparently sharing his name, alongside the caption “Boris meets Boris.”

Police said the cause of the woman’s injuries were shotgun wounds.

“This is a very serious incident in which a woman has lost her life and we are deploying family liaison officers to support the next of kin,” Detective Superintendent Julie Mackay said in a statement.

“The scene remains cordoned off so further forensic enquiries and searches can take place over the next few days. We’re grateful to the local community for their support and understanding, and I’d urge anyone with concerns or questions to speak to a member of the local neighbourhood team who’ll be carrying out extra patrols over the coming days,” she added.

Mackay said that Avon and Somerset Police has been referred to the police watchdog, the Independent Office for Police Conduct, due to “prior police contact with those involved.”

“It would be inappropriate for us to go into further details while the referral is being considered,” Mackay added.

The Point: How long will Trump's poll surge last?

Cuomo: No one is going to treat New York 'unfairly' over coronavirus

State Department says it's retrieved over 18,000 US citizens stranded abroad amid coronavirus pandemic

Sports Gerald Ravindran - March 29, 2020
0
The Washington Redskins, who have already unloaded their top two corners from last season, turned to a division rival to help fill a void,...

The Point: How long will Trump's poll surge last?

Politics Gerald Ravindran - March 29, 2020
0
Given the state of the race, I've shrunk the usual five storylines to watch down to just three -- and provided a bit more...