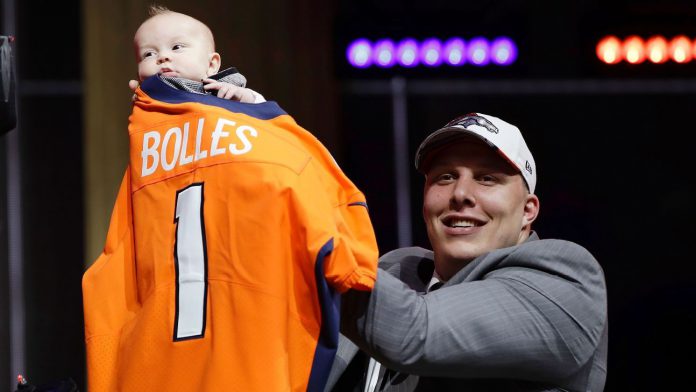 ENGLEWOOD, Colo. — The biggest post-draft questions still to be answered by the Denver Broncos:

Who’s the left tackle? The Broncos made it clear, by passing on some prime players on the board when their pick at No. 20 rolled around, that they intend Utah tackle Garett Bolles to be the guy. They’ve called Bolles the “best pass protector” in the draft, and he certainly has the toughness. But he’s going to have to transition from Utah’s offense to the NFL, especially in the run game, and the Broncos need him to perform as advertised. 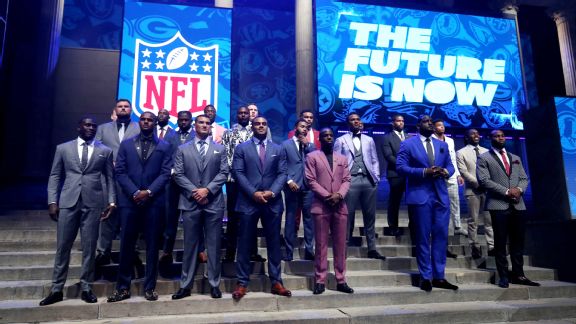 • By round: pick-by-pick analysis | By team
• Kiper: 2017 NFL Draft Grades
• McShay: Best pick for all 32 teams
• Nation: Best, riskiest moves for every team
• All 32 teams: Analysis for every pick
• Seifert: More prospects will skip bowls
• Where every QB was picked in ’17 draft
• McShay: Top 10 undrafted prospects
• Trades: Look back at all 39 trades
• Fantasy: Day 2 reaction | Round 1

Do they have the offensive line they want? Center Matt Paradis is coming off surgery on both hips and will be considered a question mark until he’s back at full speed. But right now it looks like it will be Bolles at left tackle, Ronald Leary at left guard, Paradis in the middle, Max Garcia at right guard and Menelik Watson at right tackle. Good on paper, but Paradis needs to be healthy, Watson has to stay on the field — he’s never played more than 12 games in a season — and Bolles has to be up to the challenge.

Will the Broncos run the ball better? It helps that they made their biggest free-agent investments in Leary and Watson, selected Bolles and used a third-day pick on a speed back in Coastal Carolina’s De’Angelo Henderson. They also selected two receivers — Carlos Henderson and Isaiah McKenzie — who can take some spot carries in some specialty packages. C.J. Anderson might want to be the team’s primary runner, but the backfield is now crowded, as Devontae Booker is a quality option on third down and the Broncos signed Bernard Pierce as a futures player to go with the draft class.

Did they do enough on the defensive line? The Broncos signed Domata Peko and Zach Kerr, both well north of 300 pounds, in free agency to bulk up the defensive line. They used a second-round pick on DeMarcus Walker, who had 16 sacks last season at Florida State. The Broncos hope he can have a similar career arc to Malik Jackson in Denver. If Walker can step in and make an impact, and Peko, who is set to enter his 12th season, has some petrol left in the tank, the Broncos defense should have more of what it was missing up front last season.

Who will be the quarterback? There is no bigger question left on the table. After you wade through the “Paxton Lynch just has to start” talk in the weeks and months to come, Trevor Siemian will be difficult to unseat in in the QB competition. If a quarterback had two 300-yard games and an 8-6 record in his first year as a starter with faulty protection and an ornamental run game, most would say he’s a guy poised for big things in his second season. Well, that’s Siemian, which means that the talented Lynch has plenty of work to do, especially in how he makes decisions with the ball once there is a defense in front of him.