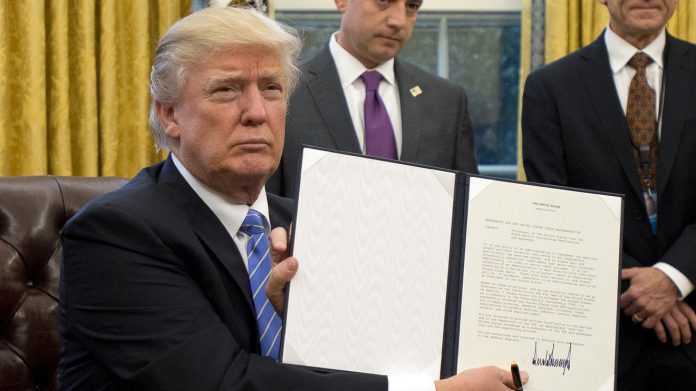 Raising the debt limit is now officially a problem for President Donald Trump.

In a news release on Wednesday, Trump’s Treasury Department gently reminded Congress that the government will be unable to borrow to pay its bills after March 15 unless legislators vote to lift the debt limit.

Sounding much like the Obama administration, Treasury reminded Congress that raising the debt ceiling does not permit new spending.

“It simply allows the government to finance existing legal obligations that Congress and presidents of both parties have made in the past,” Treasury said in a statement.

During the Obama administration, Republicans in Congress sought to use the debt limit vote to force spending cuts.

Treasury Secretary nominee Steven Mnuchin said he would like to see Congress act to raise the debt limit “sooner rather than later.”

But Trump’s choice to head the Office of Management and Budget, Mick Mulvaney, was a leader of the House Republican effort to use the debt limit vote as a lever to reign in spending.