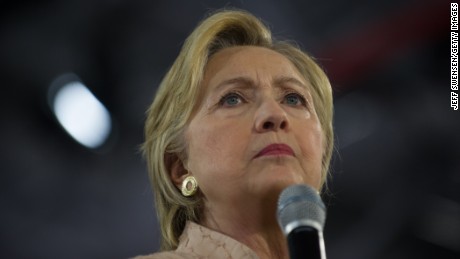 The former secretary of state, who has taken three days off the campaign trail to recover from pneumonia, will meet with Egyptian President Abdel Fattah el-Sisi and Ukrainian President Petro Poroshenko.

The aide said the Democratic presidential nominee would hold “a number of bilateral meetings during the United Nations General Assembly next week,” so it is expected she will also meet with other world leaders.

Clinton throughout the 2016 campaign has sought to cast Donald Trump, the Republican nominee, as a foreign policy novice who would damage international relationships.

Trump tried to counter this messaging last month by going to Mexico to meet with President Enrique Peña Nieto.

But Trump and Pena Nieto got into a public disagreement after the meeting about whether they had discussed Trump’s demand that Mexico pay for constructing a wall along America’s southern border.

“Last week we saw even more evidence that Trump is temperamentally unfit and totally unqualified to be president,” Clinton blasted Trump. “In just a few hours, he managed to turn his trip to Mexico into an embarrassing international incident.”

Trump, for his part, frequently denounces Clinton’s foreign policy decisions while at the State Department to try to make the case that should would be a disastrous leader for the country.

Jason Miller, a Trump spokesman, said that Clinton’s meetings at the United Nations next week “serve as a stark reminder of her failed leadership as America’s top diplomat.”

“We need strong, new leadership on the global stage like Donald Trump is promising, not a rehash of the last eight years of leading from behind,” Miller said.