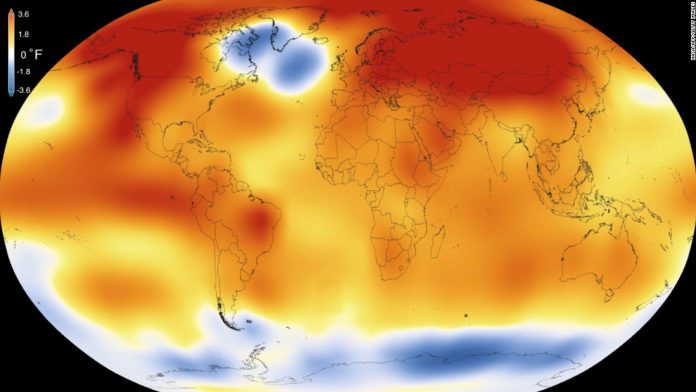 I write this article not to change your mind about global warming; I simply want to show you why I changed mine.

Early in my scientific studies at Nebraska, most believed that humans could never pollute this massive globe enough to make a measurable difference.

As a student, I learned to never exclude any possibility until ultimately that possibility is proven false. It was called skepticism, not denial, and skepticism is a key foundation of the scientific process. In the ’80s and ’90s there seemed to be many other potential causes of climate change, not only humans.

Volcanoes, solar fluctuations, city heat-islands, concrete production and yes, even the cattle population. The list went on and on and seemed endless. I wondered if all these potential causes were given adequate consideration?

We also thought the ocean might be in more trouble, because it absorbs the CO2 and creates carbonic acid and changes the water’s pH.

In 2009 an American Meteorological Society survey showed that only 24% of on-air meteorologists agreed with the statement, “Most of the warming since 1950 is VERY LIKELY human induced.” I did not agree because I did not like the term VERY LIKELY. I did not yet have the entire picture. I had not excluded all other possibilities. I wasn’t denying human-caused climate change, but I remained skeptical.
2010 was a turning point for me. That year was the hottest year on record, even though there was a La Niña present, a process that should have cooled the planet.

Down went the other potential causes:

There were no volcanoes producing huge amounts of CO2.

The sun was not getting hotter.

Even “The Pause” (the so-called period post-1998 that showed very little warming of the planet for about 15 years) had been shattered.

They are all now called “zombie theories,” long since debunked myths about climate change that skeptics will continually bring up to counter the facts of man-made climate change.
Then in 2013 the CO2 concentration crossed 400 parts per million and I knew the globe was in trouble. No longer was I only concerned with ocean acidification, it seemed the ocean was not capable of absorbing the massive quantities of CO2 that humans were emitting. The plants were not absorbing CO2 fast enough through photosynthesis and converting it to oxygen.

I was no longer a skeptic. Humans were polluting the atmosphere to a point of no return. I had finally excluded all other possibilities. Had I flip-flopped? Well, that is what it would be called in politics. But in science, it is just an evolution of understanding. I concluded that my original theory of “it could be something else” wasn’t likely the case.

As I tell my 11-year-old, “It’s OK to be wrong as long as you learn from your mistakes.”

The records continue to be shattered every year. The 15 hottest years on record have been since 2001 except for 1998. 2016 will likely be the hottest year on record, breaking the old record set in 2015, and the beat goes on. With each year, with each major disaster, it becomes harder to be a skeptic of man-made climate change — and that is why I am not one.

Chief Justice John Roberts gave everyone something to call a win

Sports Gerald Ravindran - July 9, 2020
0
The ACC will delay the start of competition for all fall sports until at least Sept. 1, the league announced Thursday. The move, which...