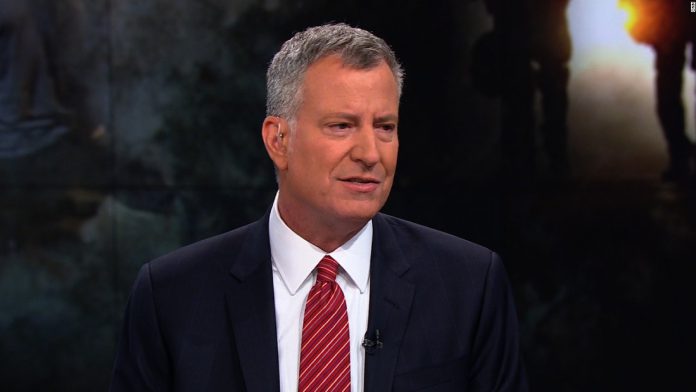 “It’s just a classic tool, tactic to try to undermine the Democratic process,” the mayor said on CNN’s “New Day.”

“He’s tried to turn white Americans against people of color,” de Blasio told CNN’s Alisyn Camerota. “We’ve seen this before. This is what fascists do.”

Trump refusing to say at the final debate on Wednesday night that he would accept the election outcome on November 8 by casting doubt on the voting process is what you would expect to hear from a “third world dictator,” said de Blasio, a Hillary Clinton supporter.

“First of all, Rudy Giuliani is increasingly delusional,” de Blasio said. “Second, there’s been so many studies of voter dynamics around the country that prove there is not meaningful voter fraud in this country at this point.”

If Trump loses to Clinton, it won’t be due to fraud but because he’s run a campaign with ideas that American voters found problematic, de Blasio argued.

“He’s going to lose because the American people rejected his idea. He’s run a racist campaign. He’s run a divisive campaign, has not spoken to how he’ll change this country for the better, so people are going to reject it,” he said.

De Blasio said he believes Trump is talking about a rigged election to set up his post-election career.

“Donald Trump will try to say the election was stolen and then try to make himself relevant in a new way,” the mayor said. “I think he’s embarrassing himself, and I think he’s undermining our democracy.”