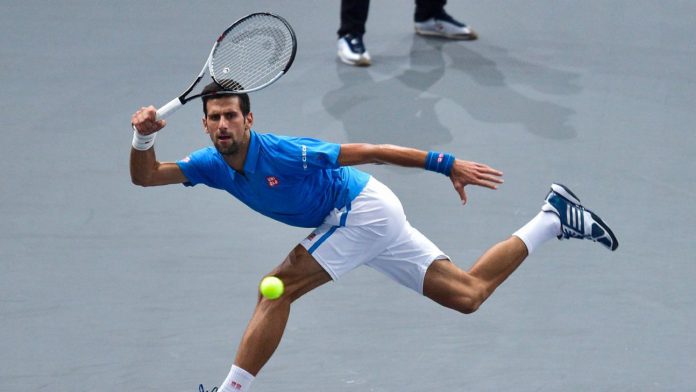 Five months ago, Novak Djokovic finally closed the deal on his career Grand Slam. After going 0-for-11 at Roland Garros, he defeated Andy Murray in an emphatic four-set final.

That gave Djokovic the year’s first two major titles — and a seemingly insurmountable lead as the ATP World Tour’s No. 1-ranked player. He found himself 8,035-points ahead of the No. 2 Murray, the equivalent of four Slam championships.

In retrospect, that grand flourish in Paris was the beginning of the end of Djokovic’s 2016 season.

“I think after the French Open, the majority of us felt that Novak had a lock on the No. 1 ranking because of how dominant he had been,” said Darren Cahill, former coach of No. 1-ranked Andre Agassi and Lleyton Hewitt. “When he wins the French, when he finally gets there, it has to be a letdown.

Mary Carillo, who will be a commentator during this weekend’s Fed Cup final for Tennis Channel, was also among that majority.

“When Novak won the French Open, I thought, ‘This guy’s capable of running the table. Who the hell’s going to stop him from being the king?'” Carillo said. “I’ve got to say it’s a big surprise what’s happened to Novak, the way he lost his way.

“In my mind, it’s a bigger surprise than what happened this year with Serena, Roger and Rafa.”

Thus, the Barclays ATP World Tour Finals, for the first time since points were first awarded at the year-end event in 1990, could feature a frenetic winner-take-all championship match Sunday Nov. 20. It’s a potential matchup of two friends and rivals who first met as 11-year-olds at a juniors tournament in France. (Murray won 6-0, 6-1.)

It’s hardly an unreasonable scenario. Murray has won 19 straight matches and is a sparkling 47-3 since the French Open. Djokovic? The four-time Barclays’ defending champion is a combined 23-0 against the other three players in his group, Milos Raonic, Gael Monfils and Dominic Thiem.

Let’s crunch the numbers: Murray currently leads Djokovic by 405 points, but with 275 coming off his total from last year’s Davis Cup final, the lead is effectively 130 points. Because the three round-robin matches are worth 200 points for each win, with 400 for a semifinals victory and another 500 for winning the title, whoever goes one round further will be the top-ranked player. As long as Djokovic wins two round-robin matches, their meeting in the final would produce the year-end No. 1 — the best possible punctuation for men’s tennis.

“For the first time, Murray is the favorite to win this tournament,” said Brad Gilbert, Murray’s former coach and part of ESPN’s coverage team in London. “I would definitely say the Muzzard is playing the best tennis I’ve seen him play.”

While Djokovic won the French Open, Murray very quietly was having his best clay season. He was also a finalist in Madrid and won the title in Rome. And then his season took off, with the title at Wimbledon and a gold medal at the Rio Olympics. He finished with a flurry, winning the last four events he played, in Beijing, Shanghai, Vienna and Paris.

That title ended 122 consecutive weeks at the top for Djokovic. Murray, at 29, is the ATP’s oldest first-time No. 1 since John Newcombe in 1974.

Murray, according to Cahill, has learned to win when he’s not playing his best.

“His average level has improved considerably,” Cahill said. “He’s had to struggle and survive. He’s gutting his way through matches now.

“Andy’s never shied away from the fact that he’s always wanted the No. 1 ranking. To do that you have to be incredibly consistent. In the past, he dropped too many second- and third-round matches. He’s managed to eliminate that.”

Some of that mental toughness, according to ESPN analyst Pam Shriver, came from his time away from coach Ivan Lendl, who abruptly quit after a three-year stint, only to return two years later this past June.

“This made him more resilient,” Shriver said. “He’s been relentless and aggressive in his pursuit of Djokovic. I think it’s great for men’s tennis. Murray has been constantly trying to overcome this extraordinary trifecta of Fed, Rafa and Djokovic.”

“The second serve and the forehand are better than ever,” Gilbert said. “Against the Big Three, maybe they didn’t hold up. Now he’s dictating play way more than he ever has. Usually a coaching change comes when things aren’t going to plan. Andy added Lendl after a terrific clay court season.

“That put everything together.”

Djokovic, meanwhile, looked spent after the French Open. He lost in the third round at Wimbledon to Sam Querrey, the Serb’s worst effort at the All England Club in eight years. And while he won the title in Toronto, Djokovic lost his first match in Rio de Janeiro to Juan Martin del Potro and fell in the US Open final to Stan Wawrinka. Shanghai (a semifinals loss to Roberto Bautista Agut) and the Paris Masters (a quarterfinals defeat by Marin Cilic) didn’t go much better.

“Paris was not good,” Carillo said. “There was nothing declarative in his game.”

Gilbert wonders whether injury might be a factor in Djokovic’s recent performances.

“If you think about it, he’s been incredibly healthy, then all of a sudden he’s a little nicked up,” Gilbert said. “The arm, the wrist, it’s been different things all summer. Maybe that’s affected practice and how he does things.

“The great thing about tennis, though, is that whoever finishes No. 1, the race for next year starts really soon. There’s no one else in equation for 2017 other than Murray and Djokovic.”

Cahill laughed when he was asked whether Djokovic, who like Murray is 29, would ever regain the No. 1 ranking.

“Nah,” Cahill said. “Everyone’s reading into this way too much. He’s been so dominant the past three, four years. It’s tough to get to No. 1 — tougher to stay there.

“I think he’ll recharge his batteries for 2017. What he’s gone through speaks volumes about what he’s been able to maintain. He’s been so dominant you forget to appreciate. It doesn’t come easy, even to the great players.”

Whatever happens in London, Murray — the once-scowling, ranting, on-court tyrant — is in a better place. When John Isner forced the Paris final to a third set, Murray did not sulk. Rather, he bounced around the court, sprinting to get in position to return the next serve, even after getting aced. It was a refreshing (and telling) display of positive energy.

“Everything’s all right with Andy,” Carillo said. “He’s married and has a little girl. He’s taken the happy mantle that went from Roger the Rafa to Novak. Happy helps on the court. It’s nice to see him smiling.”