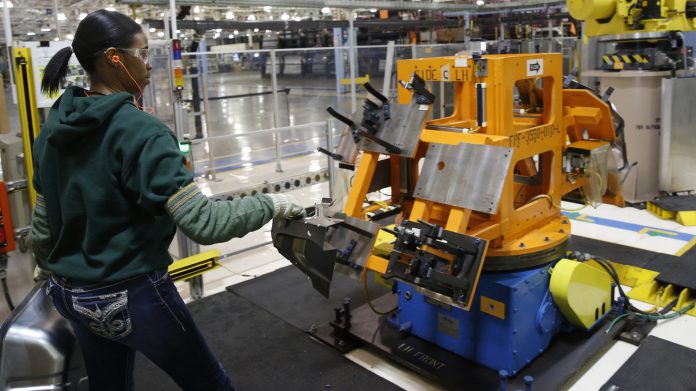 U.S. hiring softened last month by enough to yank down a measure of national economic activity released Monday by the Chicago Federal Reserve.

The three-month average did remain positive for the fourth consecutive month. The index is a weighted average of 85 economic indicators, designed so that zero represents trend growth and a three-month average below negative 0.70 suggests a recession has begun.

One area proved particularly tough on the overall index. Employment-related indicators contributed just a positive 0.02 to the index in March, down from a positive 0.20 in February.

Read: This is what the next generation of tech-augmented work for humans will look like

U.S. nonfarm payrolls increased by a much smaller 98,000 in March after rising by 219,000 in February. The payrolls report and the Chicago Fed reading somewhat contradict the employment breakout within the Institute for Supply Management index released earlier this month. It showed most manufacturers were adding workers or asking them to work longer, pushing up the ISM employment index to 58.9%, its highest since the middle of 2011.