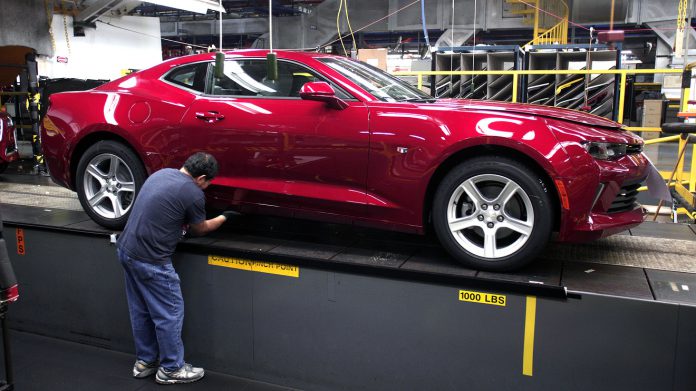 WASHINGTON (MarketWatch) — American manufacturers grew in January at the fastest pace in more than two years and many executives said the outlook “looks stronger” at the start of the 2017.

The Institute for Supply Management said its manufacturing index climbed to 56% last month from a revised 54.5% in December, marking the fifth straight gain. It’s also the highest level since the end of 2014 and the index easily surpassed the 55.3% forecast of economists surveyed by MarketWatch.

Readings over 50% indicate more companies are expanding instead of shrinking. The index turned higher last fall after an extended bout of weakness, and it surged after the election of Donald Trump. The new president has vowed to cut corporate taxes, slash regulations and take other measures to help businesses, especially those in the manufacturing industry.

“This is the healthiest that the manufacturing sector has looked in quite some time,” said Stephen Stanley, chief economist at Amherst Pierpont Securities.

Yet some of the president’s initiatives such as a tough stance with Mexico, a key U.S. trading partner, and stricter rules on people from a handful of countries traveling to America have also alarmed some businesses, particularly in the technology sector. Some economists also question whether Trump can deliver the goods in an intensely divided Washington even though Republicans control the Congress and White House.

Early on in the new administration, though, the trend is positive in heavy industry. Twelve of the 18 sectors surveyed were in expansionary mode.

Part of the rebound owes to somewhat higher oil prices CLH7, +1.21%  . Plunging petroleum prices hit U.S. energy producers hard in 2015 and early 2016, forcing them to lay off workers and slash investment in rigs and other expensive gear. The weakness filtered into the broader manufacturing sector.

Still, many executives are also looking forward to tax and regulatory relief and that appears to have added to the momentum.

“Strong start to the new year,” said an executive at a company that makes plastic and rubber products.

“Business looks stronger moving into the first quarter of 2017,” said an executive at a maker of primary metals used in the production of a variety of consumer and industrial products.

The ISM index is compiled from a survey of executives who order raw materials and other supplies for their companies. The gauge tends to rise or fall in tandem with the health of the economy.

Dodgers' Turner irate with 'out of touch' Manfred