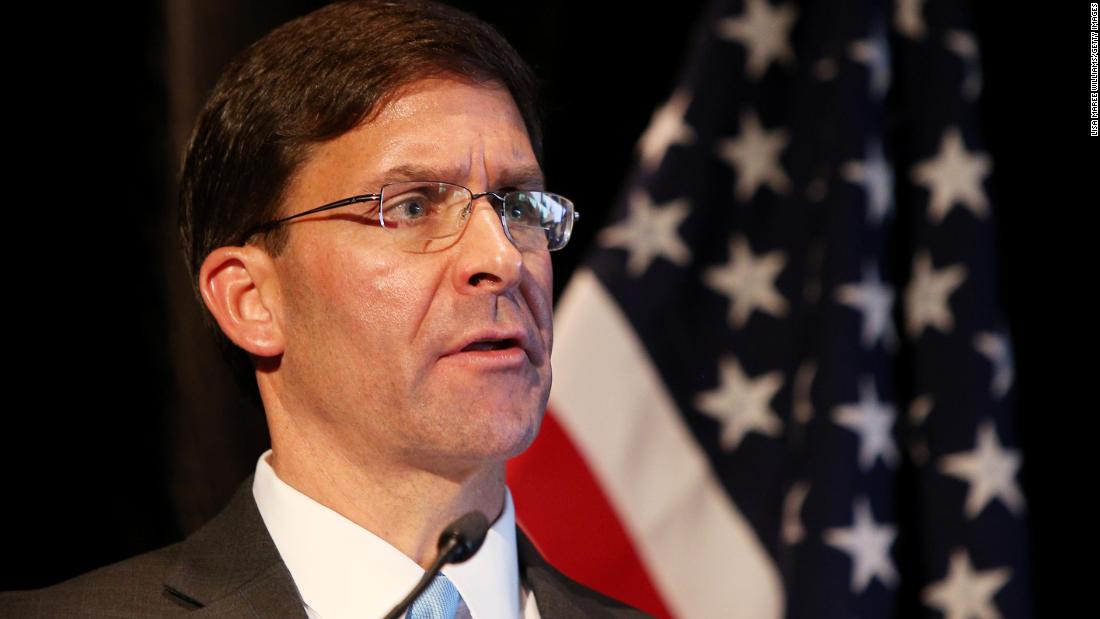 “I’d say this much: border security is national security and national security is our mission. I think many NATO allies understand that as well. The action we took is legal under the law. I think that should be no surprise and I’ll just leave it at that for now,” Esper said at a news conference in Munich, Germany.

The Defense Department’s Thursday announcement has prompted bipartisan criticism, with Democrats accusing Trump of stealing money from the military he has repeatedly taken credit for rebuilding in order to fulfill a signature campaign promise and some Republicans saying that the move reflects an overreach by the Executive Branch.

“This Administration has already stolen billions from the Department of Defense in order to begin building the President’s vanity wall and today they are doubling down on bad policy,” House Armed Services Committee chairman Rep. Adam Smith, a Democrat from Washington, said in a statement. “The President loves to take credit for ‘rebuilding’ the military, but today’s reprogramming decision does the exact opposite — it will prevent the acquisition of critical ships, vehicles, and aircraft,” he added.

Rep. Mac Thornberry, a Texas Republican who will not run for reelection this year, did not mention President Donald Trump by name, but voiced strong opposition to diverting money from various Pentagon accounts for border wall construction. The ranking member of the House Armed Services Committee asserted the move is “contrary to Congress’ constitutional authority.”

The Trump administration has argued that it does not need congressional approval to redirect military funds to the border wall. While the White House has asked for less money for the wall in their formal budget request to Congress, the administration is increasingly relying on Pentagon funds to meet its goal of constructing additional barriers on the border.

On Thursday, Pentagon spokesman Lt. Col. Chris Mitchell defended the decision, insisting it is consistent with the directive issued by the President.

“The Department of Defense is committed to supporting the Department of Homeland Security’s efforts to secure the southern border by constructing fences and roads and installing lighting to block drug smuggling corridors,” Mitchell said in a statement.

Katherine Johnson, famed NASA mathematician and inspiration for the film 'Hidden Figures,' is dead at 101

What was said after Kobe's death

Sports Gerald Ravindran - February 24, 2020
0
Lawrence Tanter had read through the plans dozens of times before he got into his car, put on John Coltrane's "A Love Supreme" and...

Politics Gerald Ravindran - February 24, 2020
0
"All of it makes Theresa tough enough to take on Washington's corruption and deliver for Iowa," says the ad's narrator. The seven-figure TV and...

Coronavirus fears hit markets, bringing US shares down as tech and SaaS slip

World Gerald Ravindran - February 24, 2020
0
Fears over the potential impact of the coronavirus spreading in Europe, Asia and the Middle East have sent stocks plummeting in Monday’s open —...