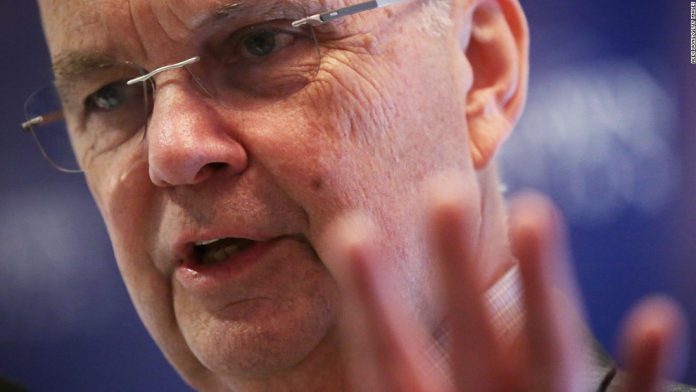 Retired Gen. Michael Hayden said that he doesn’t believe Russian President Vladimir Putin is trying to sway the election in favor of Republican nominee Donald Trump, but using the hacked information to disrupt the electoral process.

“This is too much of a carom shot for Putin to think he knows where that ball’s going to end,” Hayden said, speaking at the Heritage Foundation in Washington. “I think they’re doing this to mess with our heads, to erode confidence in our political process.”

Hayden, also a former director of the National Security Agency and now with the Chertoff Group, was discussing cyber security challenges facing the next administration.

“My definition of what the Russians did is, unfortunately, honorable state espionage,” Hayden said. “A foreign intelligence service getting the internal political emails of a major political party of a major foreign adversary? Ah, game on. That’s what we’d do.”

Hayden said it’s “good spy stuff” for a country to try to learn “how much of those platform positions the potential president-elect believes in personally, or doesn’t.”

That “is good spy stuff, that’s stuff we go for all the time,” Hayden said.

But then, Hayden said, Moscow’s conduct “went beyond espionage” and crossed a line.

First, by using “Russian criminal gangs as a way to create a little distance from the Russian state and the actual actors,” Hayden said.

Second, to take internal emails “and then begin to use them to influence the American election, well, that’s quite a different matter,” Hayden said. “And in our terminology, that has now moved from an espionage activity to a covert or not very covert influence operation.”

The Obama administration has pointed the finger at Russia for hacking attacks on the Democratic National Committee and certain targeted individuals, saying it blamed “Russia’s senior-most officials.”

WikiLeaks has been releasing thousands of emails daily from Hillary Clinton’s campaign manager John Podesta, an embarrassment and distraction for the campaign. US officials familiar with the investigation have told CNN that there’s mounting evidence Russia is supplying WikiLeaks with the hacked emails.

The hacks have become a campaign issue with Clinton’s team accusing the Russians of interfering on behalf of Trump, who has showered praise on Putin.

The Trump campaign has strongly rejected the charge that the Kremlin is looking to boost it.

WikiLeaks founder Julian Assange has made clear his desire to see Clinton lose the election.

The administration has promised retaliation, which Vice President Joe Biden said on NBC’s “Meet the Press” Sunday would be covert.

“The message — he’ll know it,” the vice president said, referring to Putin. “It will be at the time of our choosing and under the circumstances that have the greatest impact.”

Hayden said he hoped the administration wouldn’t be too subtle about using its cyber power.

“I hope that we’ve impressed upon bad actors that actions have consequences,” he said, “and that we’ve demonstrated our will to use our weapons.”