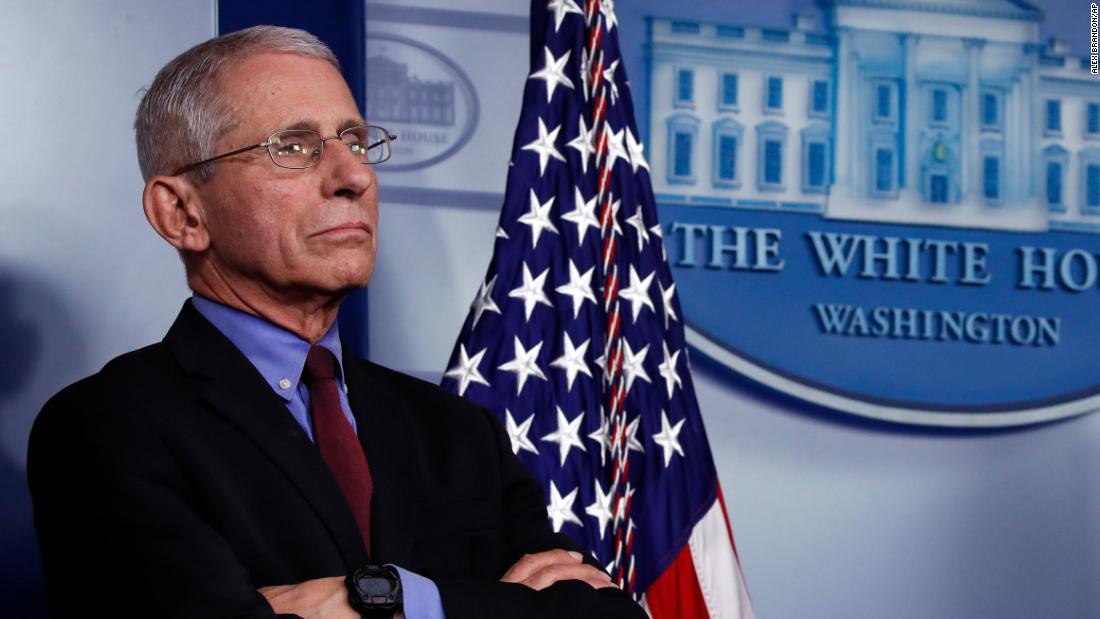 More than 30 states and the District of Columbia have ordered their residents to stay at home. Fauci said governors that have held out thus far “really should” reconsider with the number of US cases passing 236,000 on Thursday and continuing to climb.

“You know, the tension between federally mandated versus states’ rights to do what they want is something I don’t want to get into,” he said. “But if you look at what’s going on in this country, I just don’t understand why we’re not doing that.”

Fauci’s message appears to be at odds with President Donald Trump, who has repeatedly said that he doesn’t think a nationwide stay-at-home order is necessary, stressing the need for flexibility between different states.

“You have to look — you have to give a little flexibility,” Trump said at Wednesday’s White House press briefing. “If you have a state in the Midwest, or if Alaska, for example, doesn’t have a problem, it’s awfully tough to say, ‘close it down.’ We have to have a little bit of flexibility.”

Yet a growing number of governors have called for a unified front among states to issues stay-at-home orders aimed at curbing the outbreak.

“Our message is this: ‘What are you waiting for?'” California Gov. Gavin Newsom, a Democrat, told CNN Wednesday when asked about governors who haven’t followed suit.

“What more evidence do you need? If you think it’s not going to happen to you, there are many proof points all across this country; for that matter, around the rest of the world.”

That message was echoed later Wednesday by Michigan Gov. Gretchen Whitmer, another Democrat, who assessed that the US “should have a national strategy instead of a patchwork of policies” at the state level.

“That’s why I think it’s important that we governors are leading and showing the way and being aggressive. I’m grateful that I have great, you know, colleagues here in the Midwest in particular. We’ve been pretty aggressive as a geography, and I think that’s important,” Whitmer told CNN.

Fauci also stressed the dangers of relaxing social distancing guidelines too early on Thursday, stating pointedly, “If you back off, and you don’t mitigate, there is a possibility that number (of deaths) will go up.”

“And that is the worst possible thing in the world you want to see,” he said. “And that’s the reason why I am so adamant about when we say we have got to follow those guidelines, you really got to take it seriously.”