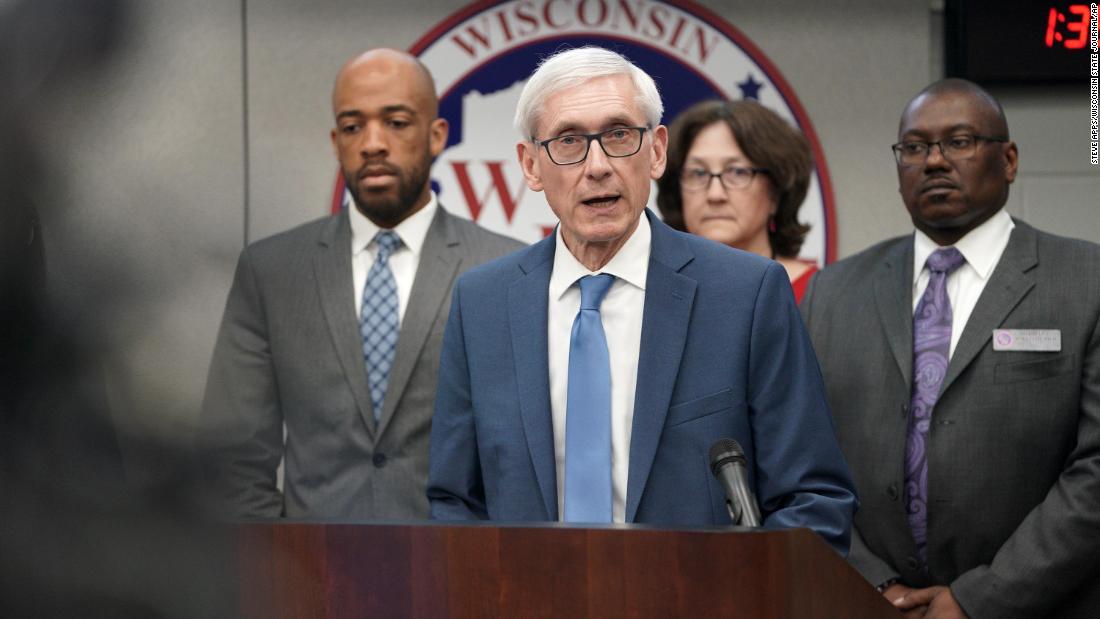 In a ruling Thursday, US District Judge William Conley did extend the deadline for absentee ballots to be returned from Election Day on April 7 to April 13. He also pushed back the state’s deadline to request absentee ballots from Thursday to Friday, and said the state must also count ballots from those who submit “a written affirmation or other statement” that they weren’t able to get a witness to sign their ballots.

But he did not move the primary despite pleas from mayors and concerns from state and local elections officials about a critical shortage of poll workers that has led Evers to say he’ll deploy the National Guard to staff polling stations.

The state and national Republican Party, the intervening defendants in the case on behalf of Wisconsin’s GOP-led legislature, filed a notice Thursday night that they would appeal Conley’s ruling to the US Seventh Circuit Court of Appeals.

Wisconsin GOP chairman Andrew Hitt said on Twitter that Conley’s “decision to change the date when absentee ballots can be received without any limitation on the postmark effectively changes the date of the election.”

The ruling comes after a flurry of lawsuits seeking changes to Wisconsin’s primary that resulted in the national and state Democratic parties siding with advocacy groups looking for looser rules around absentee balloting, while state and national Republicans argued that the election should proceed as planned.

Evers last week asked the Republican-led legislature to send every Wisconsin voter an absentee ballot. But Republican lawmakers said there was too little time, and Evers said he viewed himself as restricted by law from moving the primary date.

Conley’s decision comes the same day the Democratic National Convention, initially scheduled to take place in July in Milwaukee, was postponed until August.

Conley was sharply critical of Evers and the GOP-led legislature in an hours-long hearing Wednesday for failing to move the primary — but said it was their decision, and not his place to move the election.

“This is a public health crisis that the state legislature and the governor have refused to accept as severe enough to stop this statewide election,” Conley said.

The judge offered similar criticism in his decision Thursday.

“Without doubt, the April 7 election day will create unprecedented burdens not just for aspiring voters, but also for poll workers, clerks, and indeed the state,” he wrote in the 53-page ruling. “As much as the court would prefer that the Wisconsin Legislature and Governor consider the public health ahead of any political considerations, that does not appear in the cards. Nor is it appropriate for a federal district court to act as the state’s chief health official by taking that step for them.”

The Wisconsin Democratic Party had broken with Evers and called for the primary to be postponed. Vermont Sen. Bernie Sanders also said it should be delayed.

But former Vice President Joe Biden, the front-runner for the Democratic nomination, on Thursday told reporters he thought it could go forward, noting that more than 1.1 million people had requested absentee ballots.

“I think it could be done based on what I’m hearing from the news and what I understand the governor and others are saying. But that’s for them to decide,” Biden said.

From AIDS to Covid-19: Trump's decades of spreading dangerous misinformation about disease outbreaks

As nation reels from pandemic and racial tension, Trump's priorities are elsewhere

What you need to know about vote-by-mail

Sports Gerald Ravindran - May 30, 2020
0
Ohio State's Seth Towns, a graduate transfer from Harvard, was detained by local police officers at a protest Friday in Columbus, Ohio, the school...

Trump slams White House protesters as 'just there to cause trouble' as DC mayor...

Politics Gerald Ravindran - May 30, 2020
0
After a night of protests and racial unrest in US cities, President Donald Trump used Saturday morning messages to declare himself safe inside the...