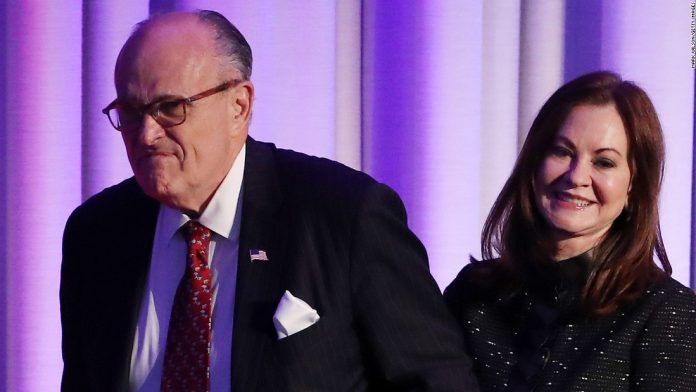 The portfolio of projects undertaken by Giuliani after he left New York City’s mayor’s office brought Giuliani to foreign countries that could come back to haunt him should he be chosen as the nominee. He is currently described as the frontrunner for the position.

One matter should be familiar from his 2008 presidential campaign: a possible link between his former massive law firm, Bracewell Giuliani, and a Venezuelan oil company. The firm represented Citgo Oil, which is a subsidiary of the state-owned oil company in Venezuela.

Giuliani is also likely to be criticized for of his work for the government of Qatar, which hired Giuliani to help with intelligence security. The firm also had offices in the United Arab Emirates and worked on financial deals for other nations in the Middle East like Saudi Arabia, Bahrain and Oman.

Bracewell Giuliani had hundreds of attorneys employed across the US and the world, with foreign contracts spanning the globe and tens of millions of dollars in contract fees. Other work was through another company of his, Giuliani Security.

Those contracts include work combating crime in Mexico City, El Salvador, Colombia, Chile, along with helping political candidates in Ukraine and the Dominican Republic.

Some critics are already seizing on the paper trail. Rand Paul, a Republican opposed to the interventionism supported by Giuliani, deemed them a problem.

“I think it’s a bit worrisome — some of his ties to foreign governments,” Paul said. “Because that was a big complaint from many of us about Hillary Clinton and her ties and money she received from foreign governments. So whether or not you have divided loyalty obviously is very important.”

During the general election campaign, Giuliani frequently intoned against Clinton’s influence-peddling around the world, most of which centered on the charity work by the Clinton Foundation. He called the philanthropy a “racketeering enterprise” and alleged that she turned the State Department into a pay-for-play operation.”

US black-white inequality in 6 stark charts

Sports Gerald Ravindran - June 3, 2020
0
THE ASSIGNMENT WAS simple: Catch up with Andy Ruiz Jr. ahead of the anniversary of his stunning upset over Anthony Joshua last June. Maybe...

Esper says he does not support using active duty troops to quell protests in...

Politics Gerald Ravindran - June 3, 2020
0
"The option to use active duty forces in a law enforcement role should only be used as a matter of last resort, and only...

Jets get $11 million in cap relief; will they use it to sign Jadeveon...

Sports Gerald Ravindran - June 3, 2020
0
Flush with salary-cap space now that most of Trumaine Johnson's onerous contract is off the 2020 books, the New York Jets have enough flexibility...

World Gerald Ravindran - June 3, 2020
0
In entrepreneurship, timing is everything. Launch too early and the market or underlying tech may not be ready to support your idea. Launch too...