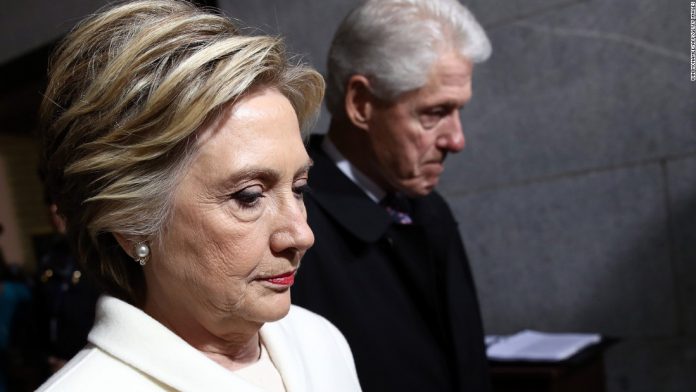 Nick Merrill, Clinton’s spokesman, confirmed that the 2016 Democratic nominee will be the commencement speaker at the all-women college in May.

The remarks will be one of Clinton’s biggest speeches after her 2016 loss. She has kept a low profile since losing to Donald Trump, only headlining a handful of small events that generally have a personal connection to her life.

Clinton has slowly begun to emerge into public life, however. She tweeted earlier this week that Trump’s travel ban was “not who we are,” her clearest rebuke of Trump since the election.

Clinton has begun booking speeches, too. She will speak at a ceremony honoring Oscar de la Renta on February 16 in New York, at a Vital Voices event recognizing International Women’s Day on March 8 and at an event at the LGBT Community Center in New York on April 10.

And then comes her book: Simon & Schuster, Clinton’s publisher, announced Wednesday that Clinton will publish a new book of personal essays in fall 2017.

Clinton will discuss different points in her life in the book, a release said, using quotes she “lives by” as a way to get into each essay.

“These quotes have helped me celebrate the good times, laugh at the absurd times, persevere during the hard times and deepen my appreciation of all life has to offer,” Clinton said in a statement.

Clinton was the first student to ever speak at the Wellesley College commencement in 1969. Republican Sen. Edward Brooke, speaking before Clinton, argued in favor of small victories and decried people protesting.

“The overwhelming majority of Americans will stand firm on one principle: Coercive protest is wrong, and one reason it is wrong is because it is unnecessary,” he said.

Clinton, who had written a speech, instead tore it up and used the top of her remarks to blast Brooke.

“Something that our generation has been doing for quite a while now,” Clinton said. “We’re not in the positions yet of leadership and power, but we do have that indispensable element of criticizing and constructive protest.”

Clinton was lauded for being a student leader after the speech, and was profiled by LIFE Magazine.

Is it safe for travelers to visit Italy?