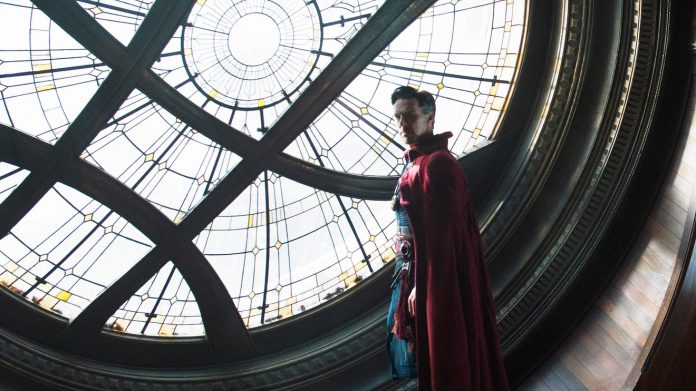 After Tuesday’s unexpected electoral victory for Donald Trump, at least half of the American electorate could probably use a bit of escapism.

“There are a lot of people who are just going to need a break,” ComScore media analyst Paul Dergarabedian said. “People still have to work, they still have to go to school, they have to continue with daily routines and people are going to want to go see a movie. Hell, I want to go to a movie. It’s two hours and allows you to disconnect.”

Check out: Trump’s win is causing a surge in demand for mental health services

The box office welcomes three new films opening wide — meaning in 600 theaters or more — this weekend, plus “Billy Lynn’s Long Halftime Walk,” from Sony Pictures’ SNE, -1.36%  TriStar label, only opening in New York and Los Angeles. But none of this weekend’s newcomers are expected to make a huge impact.

Walt Disney Co.’s DIS, +0.40%  “Doctor Strange” has conjured an impressive box office performance so far in its first week in theaters, and after pulling in $85.1 million in its domestic opening weekend and $339.6 world-wide it is expected to earn $38.0 million this weekend.

Disney has already had a record year at the box office, grossing more than $6.0 billion globally, a feat achieved just once before, namely last year when Comcast Corp.’s CMCSA, +2.86%  Universal Pictures racked up $6.9 billion. This year Disney has four of the top five grossing films globally, with “Captain America: Civil War,” “Zootopia,” “Finding Dory,” and “The Jungle Book,” not to mention “Rogue One: A Star Wars Story,” which is still to come.

“Arrival,” Paramount Pictures’ VIAB, -0.02%  highly promoted alien invasion film, opens in 2,200 theaters this weekend and is expected to garner $16.0 million on a production budget of $47.0 million.

The film stars Amy Adams as a talented linguist who’s recruited by the U.S. military to try to communicate with aliens who have come to Earth.

Also opening wide this weekend is thriller “Shut In,” from French film company EuropaCorp. “Shut In,” starring Naomi Watts and breakout child-star Jacob Tremblay, is expected to earn just $3.5 million in its debut. The film’s production budget hasn’t been made public.

Cinema is a fickle business and box office can be impacted — positively or negatively — by forces outside of studios’ control, though it is often difficult to qualify.

Dergarabedian said this weekend will be an interesting one to watch. He’s not convinced the presidential election will have a huge impact, but said sentiment across the country makes it interesting to follow and see how, and if moviegoers react.

“I can’t make any big pronouncements. I can’t really say ‘oh the box office after the election was up or down because of the election,” he said. “But this weekend should be interesting.”

The box office is up 3.5% so far this year and analysts at Box Office expect the top 10 films this weekend to generate $122.7 million, which would be a 31% increase compared with the same weekend a year ago.