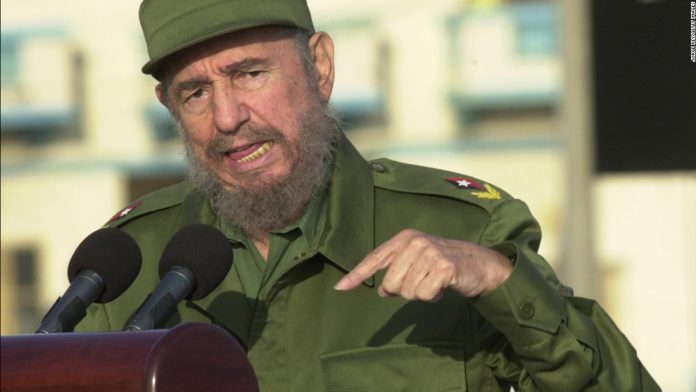 Was it true that hometown revolutionary Fidel Castro, who brought the Cold War to the Americas in 1959, was dead at the age of 90?

“People are crying,” said Angel Castro, the son of Martin, who is Fidel Castro’s half-brother.

“Some were complaining about their blood pressure going up. We have lost a good man.”

In Bíran, a village some 12 hours from Havana and where the iconic Fidel Castro was born and Martin still resides, word of Castro’s demise spread rapidly.

“For us, he was like a father,” Angel Castro, 44, said by phone early Saturday.

“And Cuba sees him as a father figure. One woman called crying. She said it was like losing her own father. Everyone feels this.”

Fidel Castro’s brother, Raul, now the President for several years, announced the death of the frail and infirm former leader on Cuban TV.

On the streets of the village where Fidel Castro was raised, however, locals were incredulous. They had heard the death rumors before. Castro’s health had been in failing for years, but then he would make a rare public appearance or publish a commentary in the Communist Party newspaper.

“This came as a surprise,” said Martin Castro, 87, who lives in a modest concrete home near the sprawling ranch where the Castros grew up.

“I was in bed when they called with the news. It left me speechless. People are mourning.”

Martin Castro said Fidel once offered him a house in Havana but he turned down the offer. He said he preferred to remain in Bíran to work the land and live as a farmer.

Angel Castro said that when he, his father or other family members needed medical attention, government officials would fly them to Havana to see the best doctors.

“We are all saddened by this,” he said.

Throughout the revolution, Martin Castro remained a farmer and held no position in the Communist Party hierarchy. He said he received regular visits from government officials who would keep him up on the condition of his brother in Havana.

Fidel Castro was born in Bíran, one of seven children of a soldier from northern Spain who went on to become a prosperous farmer.

At the center of the vast hacienda sits the raised Galician-style house where Fidel’s father, also named Angel Castro, raised his family. The yellow wooden house is surrounded by numerous wooden buildings.

At one time, the ranch was home to some 400 people who worked for Angel Castro. There was a post office, a bar and a small school. The property is now a museum.

The remains of Angel Castro and his last wife rest in a grave marked by a semicircle of stones.

But Martin Castro said his half-brother’s ashes would not be interred in Bíran. Instead, they will be laid to rest in the eastern city of Santiago, the birthplace of Castro’s revolution.

Martin Castro said the ashes will be transported in a solemn cross-country caravan that will retrace the 1959 tour of the bearded rebels from Santiago to Havana.

“Fidel wanted it that way,” Martin Castro said. “He lived for his revolution. Now he’s coming back to where it all started.”

Sports Gerald Ravindran - January 24, 2020
0
A potential heavyweight championship trilogy bout between Stipe Miocic and Daniel Cormier is one of the most compelling matchups on the horizon in mixed...