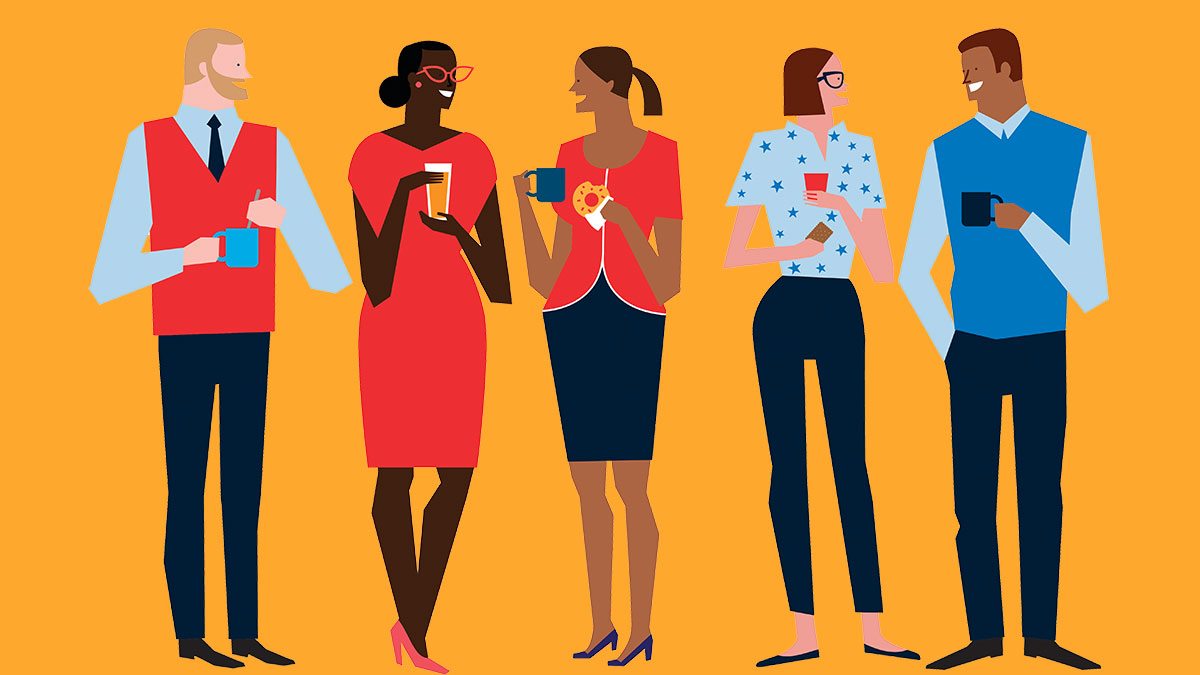 In a conversation last Sunday with CNN’s Jake Tapper, Anthony Scaramucci, the new White House communications director, described Sarah Huckabee Sanders, the new White House press secretary, in favorable terms, using words like “authentic” and “phenomenal.” However, in just 60 seconds of a 26-minute interview, Scaramucci did Sanders, women in general, and men who care about gender equality a disservice.

Although it is reasonable to assume Scaramucci had good intentions, his comments provide an example of how a well-meaning man can unintentionally undermine a female colleague with comments that miss the mark. Unfortunately, the problem is not uncommon. Psychologists Peter Glick and Susan Fiske refer to it as benevolent sexism — a chivalrous attitude that suggests women are weak and need men’s protection, in contrast to hostile sexism (an antagonistic attitude toward women and a desire to control or dominate them).

While benevolent sexism might not sound that bad, Glick and Fiske describe how this kind of paternalism suggests that women need to be taken care of by men, and men who endorse this form of benevolent sexism are more likely to accept the mistreatment and harassment of women at work (though I’m not suggesting Scaramucci would do so). Moreover, research has also found that benevolent sexism makes it less likely that women will get candid feedback and challenging assignments, and more likely that they’ll get confidence-eroding offers of unsolicited assistance. All of this undercuts women’s perceived competence and makes it harder for them to advance.

For a lot of people, saying something like “I want to make her better,” as Scaramucci did, could clearly undercut perceptions of a person’s competence. But benevolent sexism is often more insidious and subtle than that. For example, the first term Scaramucci used to describe Sanders was “warm.” Research demonstrates that such “compliments” create a double bind for women: If women are viewed as nice, they are far less likely to be deemed competent. Relevant research on recommendation letters for job openings finds that women are more likely to be described as communal (using words such as “nice,” “friendly,” or “helpful”), whereas men are more likely to be anointed as agentic (“intelligent,” “charismatic,” “determined”). The applicants described in communal terms — more often women — were less likely to be hired.

At another point in the conversation, Scaramucci offered Sanders some advice: “Sarah, if you’re watching, I loved the hair and makeup person we had on Friday. So I would like to continue to use the hair and makeup person.” In many areas of life, it feels good to be told something positive about your appearance. However, talking about a woman’s appearance in a professional setting, especially when you are trying to trumpet her job-relevant attributes, can be damaging to her. For instance, recent research found that female entrepreneurs’ looks were more likely to be described by venture capitalists than male entrepreneurs’ were — and this and other stereotypical perceptions of women hurt the level of funding they received as compared with men.

Throughout the interview, Scaramucci often referred to Sanders as “Sarah.” The problem with using her first name in such a fashion is that although it might make her seem approachable, it does not communicate legitimacy or competence to the audience. A study revealed that male doctors were far more likely to be introduced as “doctor,” whereas female doctors were more likely to be introduced with their first name.

I’m sure many people, perhaps men especially, will react to my critique of Scaramucci with exasperation. Some will undoubtedly lament, “Can’t a man say nice things about a woman and not be criticized?” Others will probably see this article as another chapter in the liberal-led “war on men.” Guys, I understand and empathize, but at a minimum, try this as a mantra when advocating for women: “I will focus on competence, not warmth. I will describe her as self-reliant, not needing my protection. I will focus on her brain, not on her physical appearance. I will enhance her status with titles, not use informal language that diminishes her standing.”

Many men want to support women at work. So let’s stop using methods that backfire and instead use compliments that acknowledge, and don’t undermine, the competence, legitimacy, and status of our female colleagues. We can get started in as little as 60 seconds.

Politics Gerald Ravindran - January 28, 2020
0
Several key Democrats, including Sens. Joe Manchin of West Virginia and Doug Jones of Alabama, have left open the possibility that they might acquit...

Shaq, West in tears as Kobe honored in tribute

Sports Gerald Ravindran - January 28, 2020
0
LOS ANGELES -- An emotional Shaquille O'Neal broke down in tears Tuesday, knowing that he won't be able to have another conversation with Kobe...

Schumer: 10 to 12 Republicans 'know in their hearts' witnesses should testify at impeachment...