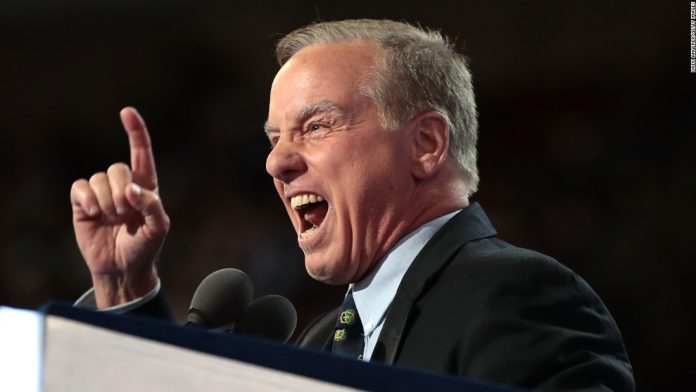 Howard Dean, who ran the Democratic National Committee from 2005 to 2009, announced Thursday his intention to seek the top post at the DNC.

Dean tweeted, “The dems need organization and focus on the young. Need a fifty State strategy and tech rehab. I am in for chairman again.”

Dean, a former governor of Vermont, served as head of the DNC following his failed 2004 bid for the presidency. As part of his leadership of the DNC he championed a “fifty state strategy,” so named because it focuses on the entire country.

After Clinton’s failures in longtime Democratic strongholds in the Rust Belt, such a strategy may have renewed appeal.

The current head of the DNC is Donna Brazile, a longtime Democratic operative and former CNN contributor, who is leading in an interim capacity. She has come under fire recently after her party’s candidate, Hillary Clinton, was routed in the presidential election and after hacked emails showed her forwarding questions from a town hall jointly hosted by CNN to the Clinton campaign.

Dean would have to go up against a deeply divided party, much of which has turned to increasingly progressive leaders as well as new faces and increasingly diverse leaders.

One such challenger could be Rep. Keith Ellison, a Muslim-American from Minnesota who co-chairs the Congressional Progressive Caucus of which Sanders is a member.

Sanders, an independent senator from Dean’s home state, has thrown his considerable support behind Ellison.