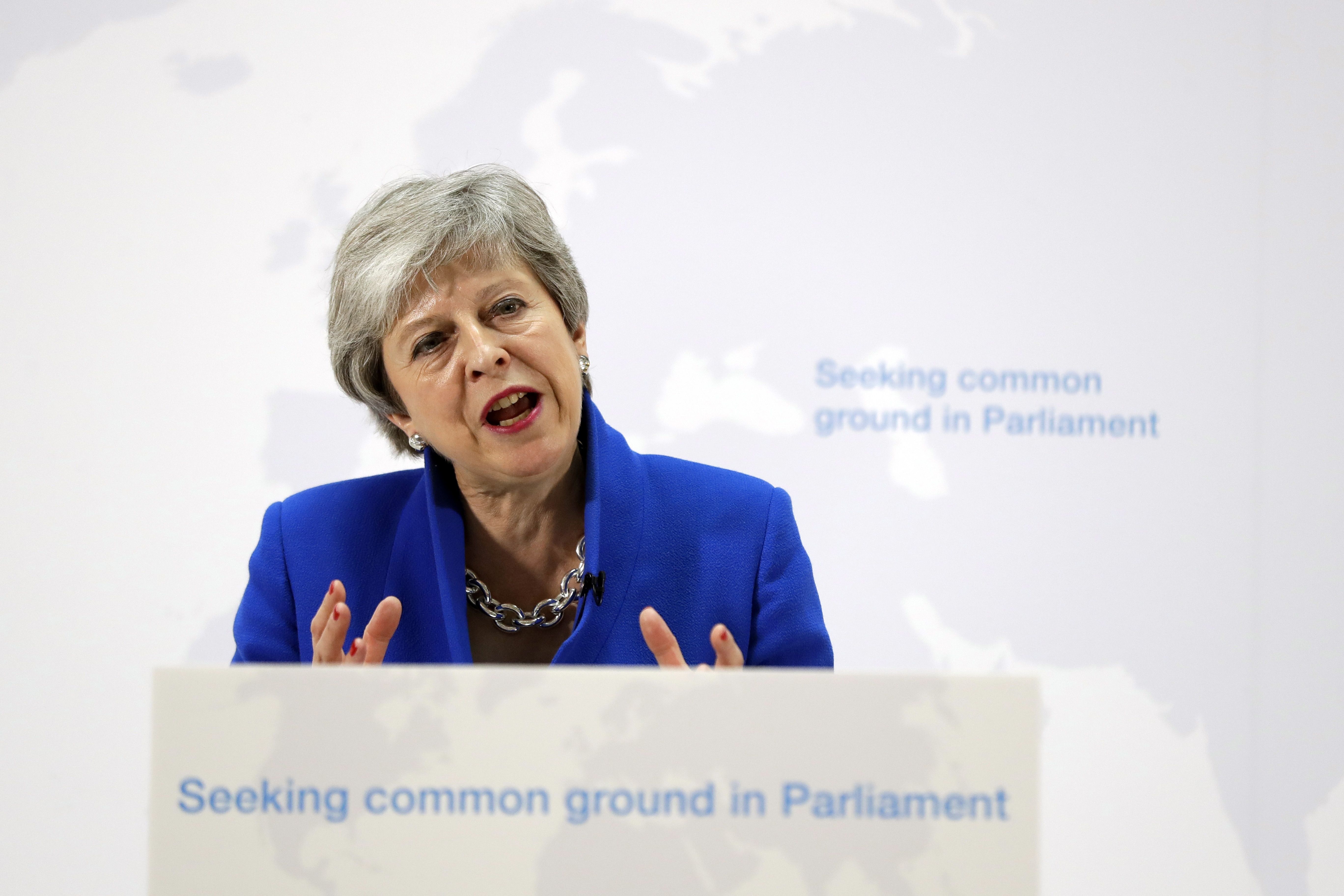 Theresa May unveils her next Brexit plan on Tuesday.

May used a speech in London to outline what she claimed was a “new Brexit deal,” which in reality looked a lot like her old Brexit deal with some added sweeteners designed to attract the support of dubious Members of Parliament.

“If MPs vote against … this bill, they are voting to stop Brexit,” May said.

In an attempt to repackage the plan, which has already been rejected three times by the House of Commons, May rolled it up into a wider set of legislation dealing with Britain’s departure from the European Union. As well as the offer of a second referendum, it also contains pledges on workers’ rights, environmental provisions, as well as a temporary customs relationship with the European Union.

Failure to agree the deal would lead to a “nightmare future of permanently polarized politics,” she said.

But the central provisions of the deal remain the same, and May had barely finished speaking before her plan ran into significant opposition. “The Prime Minister’s proposals are worse than before and would leave us bound deeply into the EU,” said Jacob Rees-Mogg, a Conservative MP and leader of a pro-Brexit bloc in the Prime Minister’s party.

Read more details and analysis of the plan here.

Harry Reid: I do not regret changing the Senate rules

Royals' Gordon to retire after 14 years with team

White on Covington: 'We won't muzzle anybody'

Sports Gerald Ravindran - September 24, 2020
0
UFC president Dana White said his promotion will not "muzzle anybody" when he was asked early Thursday morning about the reaction to recent Colby...

Sports Gerald Ravindran - September 24, 2020
0
The Chicago Cubs laid off about 25% of their business staff on Thursday because of a loss in revenue and in anticipation of an...

Politics Gerald Ravindran - September 24, 2020
0
"Everyone was just stunned," said one State Department official of Priebus joining Pompeo on the official trip, given that it is rare for the...