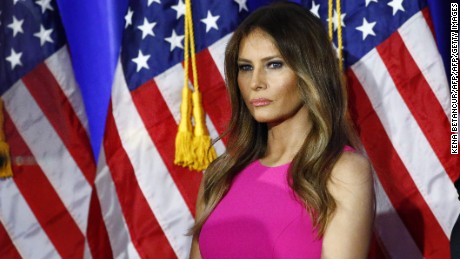 “I am pleased to enclose a letter from my immigration attorney which states that, with 100% certainty, I correctly went through the legal process when arriving in the USA,” Trump wrote in a post on Twitter, with a photo of the attorney’s letter attached.

Michael J. Wildes, Trump’s lawyer who signed the letter from the firm Wildes & Weinberg, wrote, “It has been suggested by various media outlets that in 1995, Mrs. Trump illegally worked as a model in the United States while on a visitor visa. Following a review of her relevant immigration paperwork, I can unequivocally state that these allegations are not supported by the record, and are therefore completely without merit.”

The controversy over Trump’s immigration history began in August when the New York Post re-published photos from an old photoshoot she had done in the 1990s, which seemed to place her in New York City in 1995, despite her claims that she had arrived in 1996. Critics questioned the timeline Trump had provided for her immigration history and whether she had obtained proper legal status.

Rafael Nadal confident heading into most trying French Open yet

Sports Gerald Ravindran - September 28, 2020
0
Rafael Nadal has won a record 12 French Open titles with the same ritual precision that compels him to line up his water bottles...

Sports Gerald Ravindran - September 28, 2020
0
8:15 PM ETBrady HendersonESPN SEATTLE -- Another week, another record for Russell Wilson.And thanks to his five touchdown passes Sunday to overcome a near...

World Gerald Ravindran - September 27, 2020
0
Up to 2 million Uyghurs, a predominantly Muslim ethnic group, as well as other minorities, are believed to have passed through detention centers in...