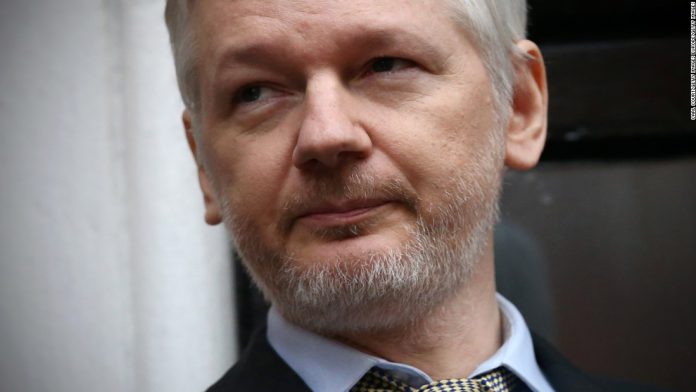 But even with the end in sight, many of the questions animating this election season’s seamiest subplots are no closer to being answered.

Hacks and leaks, unknown sources and unseen footage — the search for answers has taken us down some unlikely roads and helped to introduce a new generation of unsavory characters to the mainstream political scene.

Donald Trump, waylaid by a single “Access Hollywood” outtake, has embraced and peddled a series of (debunked) conspiracy theories about his opponent. For Hillary Clinton, emails — her own and those of her top campaign officials — have been her bête noire, a seemingly endless stream of curious and occasionally damaging revelations.

But for all the confusion, sleights and distractions, fundamental and serious mysteries remain. Here are seven of them:

1. How will Donald Trump react on the morning after — win or lose?

In the event of a loss: If his behavior in 2012 is any indication, he can be expected to tweet a call for the overthrow of the federal government by around 11:30 p.m. ET.

In the event of a win: Generally speaking, there are two paths to go. The first, as envisioned by top Republican allies, would have a newly empowered Trump reverse course, moderate his tone, and become a rubber stamp for House Speaker Paul Ryan’s long-desired budget reform package.

The other would involve efforts to construct a massive wall on the border with Mexico and the implementations of some kind of ban on the immigration of Muslims into the United States. To start.

If the first option wins out and Trump loses his bid, the leaked tape of his 2005 chat with former “Access Hollywood” host Billy Bush could be regarded as the fatal blow.

Clinton led in the polls when the video, in which Trump is heard telling Bush that he can get away with sexually assaulting women because of his “star” status, was obtained and published by the Washington Post. But the blowback, fueled by a rash of accusations suggesting Trump’s comments weren’t just “locker room talk,” seems to have cut off any realistic path to an electoral majority.

So how did this damning document land in the public domain? (Popular theory: a frustrated NBC employee — the company had the goods, but were slow to break the news — losing patience and making the fateful delivery.)

3. Who leaked Trump’s tax returns — and what’s in the rest of them?

Another flashpoint in the campaign: Trump’s refusal to release his tax returns, an American political tradition going back decades, has invited to skepticism over his declared riches, claims to charitable giving, federal tax payments and business ties.

So when The New York Times confirmed an anonymous tip revealing that Trump reported a nearly $1 billion loss in 1995, a hard enough hit to get him off the federal tax hook for two decades, two new questions sprung up in a hurry:

1) Who had access to the returns and the desire to see them made public? (Popular theory: Someone very close to Trump.)

2) If the packages mailed out to the Times and at at least one other outlet contained three pages of returns from one year, what else remains hidden? (Popular theory: More of the same.)

Top government officials — straight up to the White House — have pointed the finger at Moscow.

“The recent disclosures of alleged hacked emails on sites like DCLeaks.com and WikiLeaks and by the Guccifer 2.0 online persona are consistent with the methods and motivations of Russian-directed efforts,” Homeland Security Secretary Jeh Johnson, and James Clapper, the director of national intelligence, said in a joint statement earlier this month. “These thefts and disclosures are intended to interfere with the US election process.”

But even as Clinton campaign chairman John Podesta’s personal and professional emails continue drip, drip, dripping out, consensus over the source of the hack remains elusive.

“I mean, it could be Russia,” Trump allowed during the first presidential debate, before suggesting China and “somebody sitting on their bed that weighs 400 pounds” as alternative options.

In the second debate, Trump presented another theory: “Maybe there is no hacking.”

5. What’s on ‘The Apprentice’ outtake videos?

Again, there are a lot of theories and speculation. One former producer from Trump’s reality series, “The Apprentice,” tweeted after the “Access Hollywood” video that there were “far worse” clips in the vault.

But even with WikiLeaks on the case, the potential for another disclosure seems to be diminishing. In a joint statement, producer Mark Burnett and MGM, which owns his production company, cited “various contractual and legal requirements” as their reason for sealing the vault.

6. How many unread Clinton emails are out there — and will they ever be made public?

Read one way, we actually have an answer! There are about 5,600 emails, all from Clinton’s private server, that the State Department has said are likely work-related and will be released in the weeks before the election.

But when you factor in the batch Clinton’s lawyers deemed personal and had destroyed — the material you are never, in all likelihood, going to see — the figure soars to more than 30,000.

7. Who emerges victorious from the Republican Party cage fight?

Assuming Trump loses, the first question will be whether he tries to keep his movement together, creating (for example) an “America First” party and perhaps splitting the GOP in a historically damaging way.

Or he might just band together with Breitbart media execs and start “Trump TV.”

The conventional wisdom here says Nebraska Sen. Ben Sasse could emerge as potential post-Trump leader. He’s been #NeverTrump since before it was cool while maintaining his deep red conservative cred. But more trials — maybe even “show trials” — await.