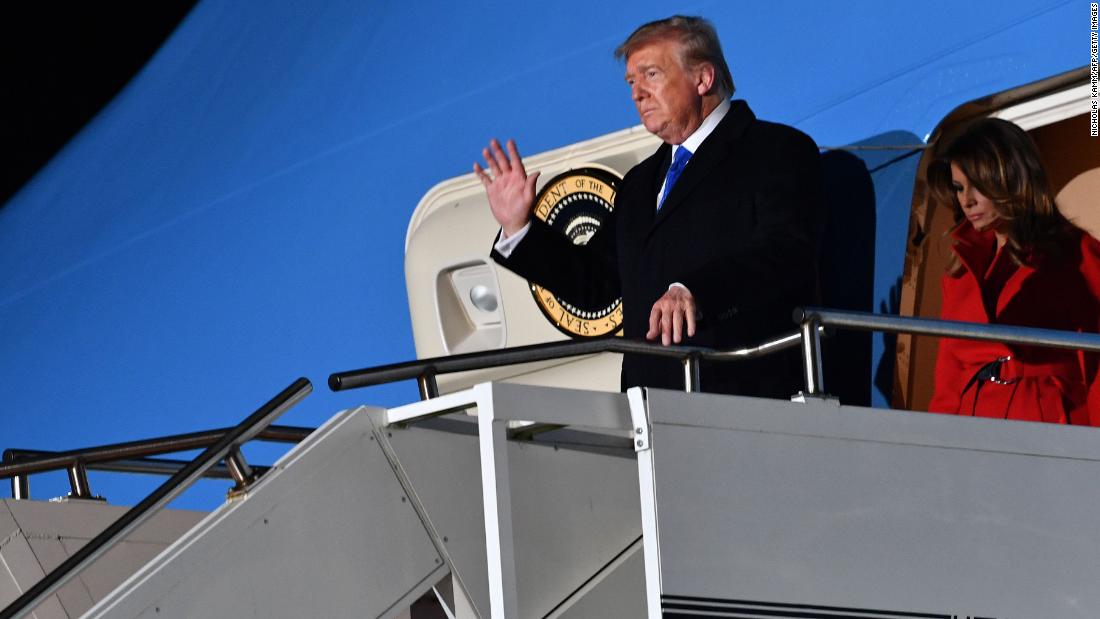 He just couldn’t help himself. Barely 30 minutes into his press conference with NATO Secretary-General Jens Stoltenberg, President Donald Trump felt the need to insert himself into the already divisive UK election narrative.

In almost the same breath, Trump said that he would “stay out” of British politics, before endorsing Boris Johnson and stating restating his support for Brexit.

For weeks, it’s been priced in that Trump’s trip to England, just over a week before the UK’s general, would be a moment this nation held its breath.

Trump has a pretty spectacular track record of planting himself at the center of the UK’s politics, particularly on the matter of Brexit. As far back as 2016, Trump was keen to ally himself with the Brexit movement, even going so far as to invite Nigel Farage, leader of the Brexit Party, to speak at one of his campaign rallies.

It’s no secret that Johnson was hoping that Trump would keep his mouth shut about the election during his short visit to the UK. Trump has said several times that he is a fan of Johnson. However, Trump’s unpopularity in Britain makes an endorsement from the President more a lump of coal than a stocking filler.

However, the leader of the opposition, Jeremy Corbyn, will be likely pleased. For weeks, his Labour Party has been doing everything it can to tie Johnson to Trump and claim that he is keen to sell off the UK’s National Health Service to America.

Trump also felt it necessary to give Johnson a helping hand by saying that even if the US were handed the NHS “on a silver-platter we would want nothing to do with it.”

If that’s true, the President really needs to have a word with his own trade department. It’s very clearly stated in the administration’s own priorities for a trade deal with the UK that big pharma would have to have a fair crack at NHS contracts.

So early into the visit the President has 1) broken a promise and 2) told a half-truth.

Superintendent for one of US's largest public school systems has a message for DeVos: 'You can't put every kid back in a school'

Arsenal, Spurs both need defensive overhauls to get back to the top

Sports Gerald Ravindran - July 12, 2020
0
William Saliba is going to have to be Bobby Moore from the get-go to fix Arsenal next season. The Gunners have at least sought...

Sports Gerald Ravindran - July 12, 2020
0
The NBA is back, and the back of LeBron James' jersey will still look the same.The Los Angeles Lakers' star on Saturday said he'll...

World Gerald Ravindran - July 12, 2020
0
Warsaw Mayor Rafal Trzaskowski, of the center-right opposition Civic Platform party (PO), told a rally in the city Sunday that the election had been...