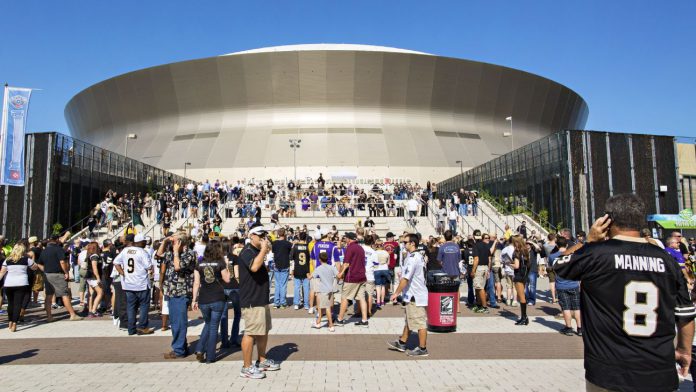 The 2022 men’s basketball Final Four will be held in New Orleans.

The NCAA announced that the Mercedes-Benz Superdome will host the event for the sixth time overall. The men’s basketball committee decided to forgo the traditional site selection process in choosing New Orleans, which wasn’t selected during the last bid cycle.

“New Orleans has an incredibly rich history of hosting the Final Four, and for a variety of reasons it was determined that 2022 was the perfect year to bring the event back to the Crescent City,” Dan Gavitt, vice president for men’s basketball championships, said in a statement. “New Orleans is a festive place that embraces this event and makes it special for participating student-athletes and fans. With a little luck, we’ll get some of the same Final Four magic we’ve been treated to in the past.”

“With the Final Four competing for many of the same venues that host major events such as the Super Bowl and College Football Playoff, we did not want to wait until 2018 to make the announcement for the 2022 Final Four,” Gavitt said.

The 2022 Final Four will mark the 40th anniversary of the 1982 title game in New Orleans in which Michael Jordan hit the game-winning shot to give North Carolina a 63-62 win over Georgetown. Kentucky beat Kansas in the 2012 Final Four, the last time the event was held in New Orleans.

Sports Gerald Ravindran - February 25, 2020
0
Bradley Beal became the first player since Kobe Bryant to score 50 points on back-to-back nights when he dropped a career-high 55 in the...

Sports Gerald Ravindran - February 24, 2020
0
LOS ANGELES -- Doc Rivers saw "adversaries" all around him at Staples Center, all brought together by the power of Kobe Bryant.The LA Clippers...