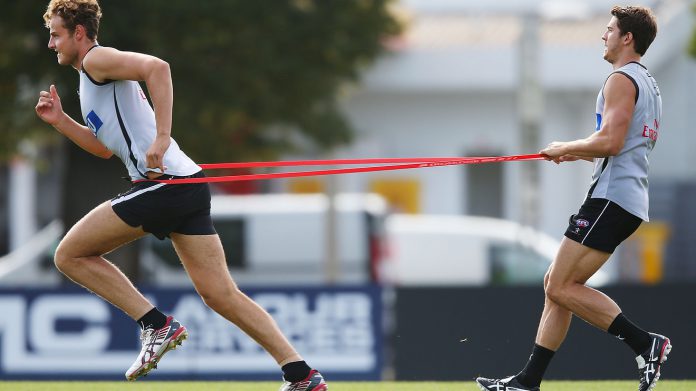 Time’s almost up, if you’re still looking for summer fun or hoping for a September rate hike.

Ahead of the Labor Day weekend and its last-gasp barbecues, everyone is buzzing about how this morning’s jobs report is — or isn’t — huge for markets and the Fed.

Yesterday’s yesterday’s weak ISM figure “pulled the rug out from under the Fed’s feet,” financial blogger Macro Man believes. And that makes today’s big release is no longer a make-or-break moment.

August is the most amended month for nonfarm payrolls. So this initial reading, like all those first glimpses at jobs, is just another “big lie,” warns The Reformed Broker’s Josh Brown.

In the same vein, economist Tim Duy says hinging central bank policy on the first print of NFP — a volatile, heavily revised number — would be policy making of a pretty low quality.

“The critical factors should be the Fed’s confidence that growth is set to rebound in the second half of the year and the balance of policy risks,” Duy writes.

“Regardless of the outcome of the employment report, good or bad, I don’t see a good case for moving this month,” he adds.

Our call of the day comes from Wall Street veteran Byron Wien, who suggests investors are headed for more low but positive returns. But he still highlights that they face “some truly frightening possibilities” and lots of complacency.

U.S. financial stocks XLF, -0.41%  are attempting to break out above a “multiyear pennant pattern,” says technical analyst Chris Kimble, as he offers the chart above.

European banks and even Italian lenders are showing signs of life, too, according to his chart.

“Most quality bull markets in stocks have seen banks going along for the ride,” says the founder of Kimble Charting Solutions. How all these bank stocks act at this key juncture should be huge for the S&P 500, he suggests in a blog post.

In a sort of “What I Did This Summer” essay, Blackstone Group’s Wien has outlined the consensus views of a bunch of “serious investors.”

This comes after he hosted four lunches for billionaires, academics, hedge fundies, private equity folks, company execs and real-estate giants who were summering in the Hamptons or nearby.

You should stick with U.S. stocks but not expect dazzling performance, if you want to act based on their general view.

“The consensus was that the current favorable but unspectacular performance of equities would continue,” Wien writes in a piece available at RealClearMarkets. “The U.S. was still considered the best place to invest in spite of all its problems, but there was nobody who expressed table-pounding enthusiasm about an investment idea.”

Beyond this faint praise for the USA and its stocks, Wien sounds alarms — except they’re not that shrill.

“As I reviewed my notes for the four lunches, I noted a mood of complacency,” says Wien, who is worried about terrorism, climate change and more. “Some truly frightening possibilities were looming out there, but they didn’t seem imminent.”

The jobs report is due at 8:30 a.m. Eastern Time. Economists polled by MarketWatch expect 170,000 jobs added in August, with the unemployment rate dipping to 4.8%.

We’re due to get a reading on the trade deficit as the NFP release hits, and then a report on factory orders is slated to come at 10 a.m. Eastern.

Samsung 005930, +0.63%  has launched a worldwide recall of its new Galaxy Note 7 smartphone after a battery fault caused a clutch of devices to catch fire. Asked about the estimated cost, Samsung’s handset chief said it is so big “it breaks my heart.”

The move is a setback for the biggest rival to Apple AAPL, +0.59%  , which is expected to release an updated iPhone on Wednesday.

Clothing seller Lululemon LULU, +0.20%  is slumping premarket after its tepid forecast for the current quarter late Thursday, while gun maker Smith & Wesson SWHC, +5.08%  is heading the other direction after its quarterly release.

49ers QB Colin Kaepernick again refused to stand during the national anthem on Thursday night in San Diego, but this time he was not alone.

“Hermine continues to impact much of North and Central Florida. Remain indoors.” — Florida Gov. Rick Scott has been tweeting out warnings early today, even as Hermine gets downgraded from a hurricane.

This has been called the best NY Times story ever: How to handle the “reply all” problem.

Melania Trump has sued The Daily Mail and a U.S.-based blog for libel.

Dude, so how is this a bad thing? Tacos are life. #TacoTrucksOnEveryCorner pic.twitter.com/QCthBHRiDn

Need to Know starts early and is updated until the opening bell, but sign up here to get it delivered once to your email box. Be sure to check the Need to Know item. The emailed version will be sent out at about 7:30 a.m. Eastern.

And sign up here to get the Friday email highlighting 10 of the best MarketWatch articles of the week.

West pushes Russia into its first foreign debt default since 1918

Wimbledon player comes to the aid of ball boy

Uprooted by war, some Ukrainians in the UK now face homelessness alone

Bruins' Sweeney gets new deal as he seeks coach

Sports Gerald Ravindran - June 27, 2022
0
BOSTON -- All those wins and playoff appearances weren't enough for Bruce Cassidy to keep his job as Boston Bruins coach. But they earned...

MLS Power Rankings: Philly reminds everyone of its contender status

Sports Gerald Ravindran - June 27, 2022
0
CHICAGO -- The Chicago Bulls remain hopeful All-Star guard Zach LaVine will choose to re-sign with them rather than join another team as an...