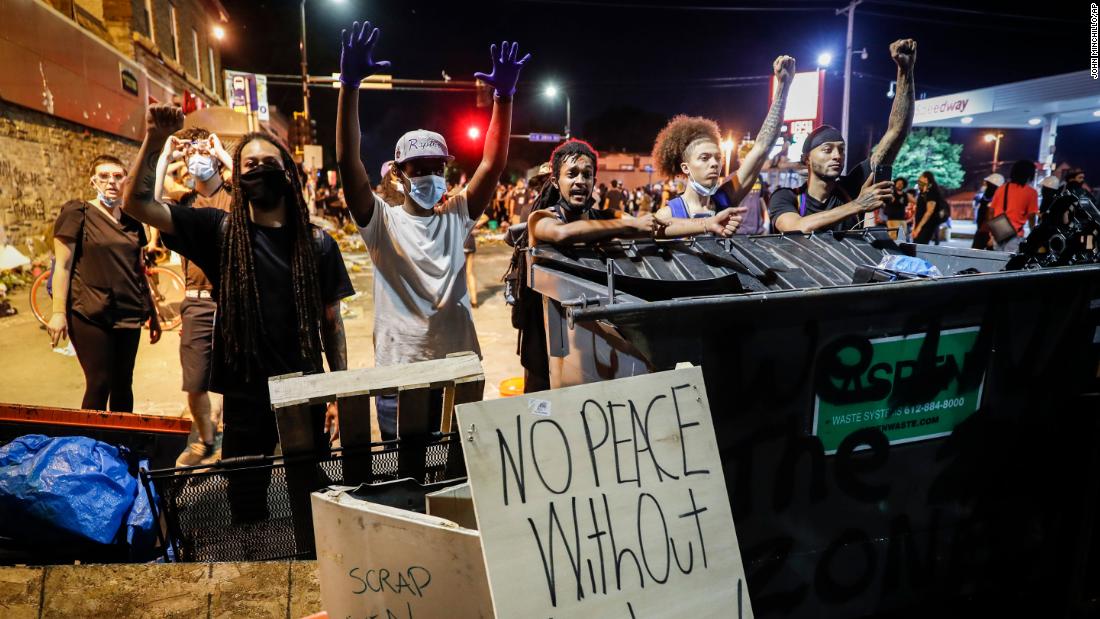 Protests over the police killing of a black man, George Floyd, in Minneapolis and racial discrimination from law enforcement came to a head in the United States, sparking riots in many major US cities in the past week. Polling, conducted over the weekend, found that black people don’t feel protected by the police, and the majority of Americans see the protests as legitimate.

A Monmouth University poll out Tuesday afternoon found that most (78%) say the anger that protesters demonstrating in reaction to Floyd’s death feel is at least partially justified, though fewer (54%) say the actions of those protesters have been at least partially justified.
Other polling also found a lack of trust in law enforcement. A CBS News/YouGov poll showed a majority of Americans (57%) believe the police in most communities treat whites better than blacks, while 39% say they’re treated equally, and fewer believe blacks are treated better than whites.

Those numbers are more strongly divided by partisanship than they are by race, with a majority of whites and blacks alike who agree that whites are treated better than black Americans (52% and 78% respectively). However, a majority of Republicans (61%) said that the races were treated equally, compared to only 17% of Democrats.

Few are comfortable with the President’s handling of the situation. Monmouth found that a majority of Americans (53%) say race relations in the US have gotten worse since President Donald Trump took office four years ago, about the same share who felt that way after eight years of former President Barack Obama’s tenure.

Trump’s approval on the events and protests in Minneapolis is lower than his usual overall approval, almost half of Americans in the CBS/YouGov poll (49%) disapprove of how he’s handling the situation, while 32% approve and 19% haven’t heard enough.

Around three-quarters of registered voters reported Trump favors whites, compared to 23% who say the same of blacks, according to CBS/YouGov. Half of voters said the President actively works against black Americans.