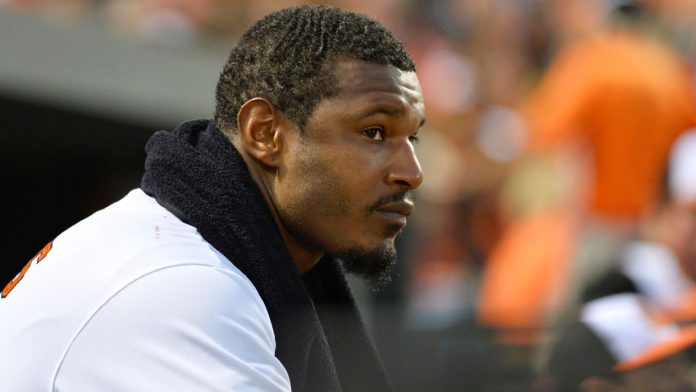 Orioles center fielder Adam Jones said he was subjected to a torrent of N-words and other racist taunts at Fenway Park during Baltimore’s game against Boston on Monday night.

“A disrespectful fan threw a bag of peanuts at me,” Jones said, according to USA Today. “I was called the N-word a handful of times tonight. Thanks. Pretty awesome.”

Jones, one of just 62 African-American players on the Opening Day rosters of the league’s 30 teams this year, said he was the target of further taunts as the game continued.

“Very unfortunate,” Jones said. “I heard there was 59 or 60 ejections tonight in the ballpark. It is what it is, right. I just go out and play baseball. It’s unfortunate that people need to resort to those type of epithets to degrade another human being. I’m trying to make a living for myself and for my family.”

He said it was not the first time hecklers in the stands at Fenway had targeted him with a slew of racist abuse, but Jones told USA Today and The Boston Globe that Monday night’s taunts were among the worst experiences of his 12-year big-league career.

“It’s unfortunate,” he said. “The best thing about myself is that I continue to move on, and still play the game hard. Let people be who they are. Let them show their true colors.”

Jones said the fan that threw the peanuts at him in the dugout was located and escorted out of the ballpark, which was confirmed to USA Today by Red Sox officials after the game. But Jones said that a harsher punishment from the league should be given, such as a major fine or lifetime ban from the stadium. He called the actions of the culprit in question “pathetic.”

“It’s called a coward,” Jones said. “What they need to do is that instead of kicking them out of the stadium, they need to fine them 10 grand, 20 grand, 30 grand. Something that really hurts somebody. Make them pay in full. And if they don’t, take it out of their check.

“That’s how you hurt somebody. You suspend them from the stadium, what does that mean? It’s a slap on the wrist. That guy needs to be confronted, and he needs to pay for what he’s done.”

A five-time All-Star and four-time Gold Glove winner, Jones was the Orioles’ 2016 Roberto Clemente Award nominee. The award recognizes a player “who best represents the game of baseball through extraordinary character, community involvement, philanthropy and positive contributions, both on and off the field,” according to MLB.