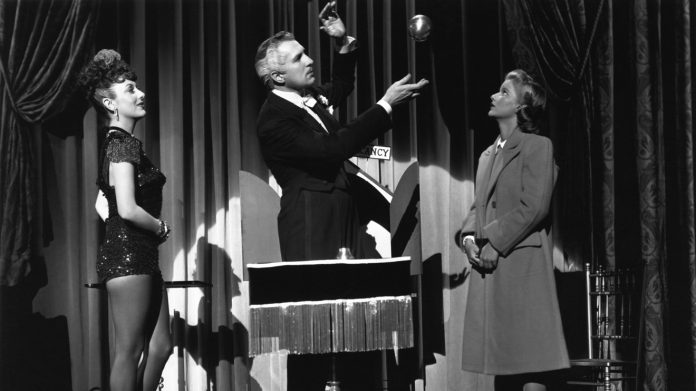 We are not especially frugal, but we’re generally not trying to wring every penny out of life. That combination of not watching every penny we spend and not maximizing how many pennies we bring in probably doesn’t, on its face, sound like a recipe for financial success.

Fortunately there’s more than one way to do most things.

While you can read our detailed rundown of our full financial plan and philosophy, today we’re going to dive deep into the math on the decision that has by far given us the greatest financial success.

Overall, we attribute our financial success to a few primary factors:

• Not overspending on housing (and getting lucky with housing market prices)

• Not inflating our lifestyle in many, many years

• A combination of hard work, luck and privilege

Sure, we can talk a big game about living some baller years, but that was a long time ago at this point, and we’ve been saving in earnest for about a decade for a succession of financial goals, from our first home purchase to our second home payoff to early retirement.

The power of cutting out the inflation

This post is about the third item on that list of success factors: not inflating our lifestyle in many, many years. I said on the Mad Fientist podcast that we are still living on what we earned in 2008, and have banked all the raises and bonuses since then, but we actually think our “lifestyle stagnation” might go back even farther, to 2007 or even 2006.

Lifestyle stagnation only refers to our spending, of course. Our actual lifestyle has been anything but stagnant, including some fantastic international trips, a move to the mountains, lots of powder days and tent nights and many great meals — just all without increasing what we spend each year.

And today I’m sharing lots of charts to show just how powerful that simple act can be in actual dollars. As usual, I’m not sharing our numbers (here’s why we don’t share those), and I’m using modest earnings scenarios to show that you don’t have to earn a ton for this stuff to add up.

Let’s look at some simple math

Note: Assume all of these numbers are after-tax, for the sake of simplicity. But you can replicate any of these projections with your own numbers.

Let’s say your take-home pay in a given year is $40,000, and that you expect to receive an increase of roughly 5% a year (could be higher of lower some years, so let’s assume the average). Over time, your after-tax salary growth looks like this:

We’re also going to look at a second scenario with periodic 10% raises every three years, which makes a sizable difference in income growth over time.

But let’s focus on that first scenario for a while with no bigger bumps, just the steady 5% increases. And let’s say that, in this scenario, your year one pay isn’t quite enough to live a comfortable life.

To get to a comfortable place, you need to work for a few years, but by year five, you’re feeling good with what you’re able to spend, you’re able to afford to do the things that are important to you, but you aren’t blowing money frivolously. That’s your comfortable spending level, in this case just under $50,000 a year.

Now, moving forward, you’ll keep getting those steady increases, but with easy successive year, you’ll have more money available to save without doing a thing. Just by continuing to spend at the same level.

Or, put another way, everything above that level spending line is the saving MAGIC. :::Cue glitter and puff of smoke:::

Want to know what that saving MAGIC adds up to? In seven years, from year five to year 12, you will have saved $75,000, not including market gains, just counting actual dollars saved or invested. $75,000 by doing essentially nothing.

If we keep projecting this out, doing nothing else to save money (or earn more) beyond collecting those basic raises every year — and still not accounting for market gains — you would have easily saved $260,000 by the end of year 20. Add whatever market gains you use in your projection to see what that would equate to in financial independence funds.

Now let’s look at that scenario with 10% promotions every three years but otherwise similar 5% increases. Let’s also assume that we’re setting a comfortable spending level also in year five, but at a slightly higher spend than the no promotions scenario, just to make the timelines comparable.

As you’d guess, with more room to save, it’s easy to save more, in this case an easy $116,000 in those seven years, not counting market gains, by doing nothing more than not inflating spending.

Over the course of a 20-year working career, that number of dollars saved balloons up to $578,000, again not including market gains which would surely increase that value significantly.

Some magic is real

I’m feeling the magic right now, and once you really get into the throes of that compound interest, it starts to feel like some powerful sorcery. Money just starts adding up faster than you think possible.

Though the markets are certainly giving us nice returns at the moment, it’s still true that the biggest source of compound interest in our financial lives has been in our earnings. And by letting those numbers continue to climb while our spending stays level, our balance sheet reaps the rewards.

Not too bad for essentially doing nothing.

Tell us your lifestyle approach

You won’t get any judgment from us if you’re in that stage where you feel like you’d like to inflate your lifestyle a little more. When I was eating beans and rice every day (OK, I actually love beans and rice and am not complaining about that) and had credit card debt because I couldn’t afford to buy both gas and groceries, I was definitely itching to have a little more disposable income. And I’m glad I was able to get to a place where I could cover the basics and save a little.

For those who are at that comfort-or-beyond point, what’s your approach to managing lifestyle inflation? Do you keep spending totally level, or do you let yourself spend, say, a portion of each raise or bonus to provide a treat for working hard? Anyone else surprised by how fast those numbers add up even on a modest income? Imagine if you multiply that by a two-income household, or use bigger numbers. As always, we’d love to hear from readers about how you approach this. Let’s chat in the comments.

This column was updated and published with the permission of Our Next Life — The Simple Math of Lifestyle Stagnation, the Biggest Secret of Our Success.

Where would Man United be without Ronaldo? How he saved a grim season

Sports Gerald Ravindran - May 16, 2022
0
Where would Manchester United be without Cristiano Ronaldo? That question has been posed almost since the day the 37-year-old scored twice on his second...

Sports Gerald Ravindran - May 16, 2022
0
TULSA, Okla. -- If the Saudi Arabian investors behind the LIV Golf Invitational Series had their way, Jack Nicklaus -- not Greg Norman --...

Sports Gerald Ravindran - May 16, 2022
0
New Orleans Saints coach Dennis Allen says a cryptic tweet by Drew Brees, who hinted at a possible return to football, was likely "made...

Sports Gerald Ravindran - May 16, 2022
0
Azerbaijan wants its Formula One Grand Prix in Baku to be one of six proposed Sprint weekends next season, promoter Arif Rahimov said on...

Sports Gerald Ravindran - May 16, 2022
0
With big fights happening every week and new champions being crowned along with current championship forging their legacy, it's easy to forget that Kamaru...