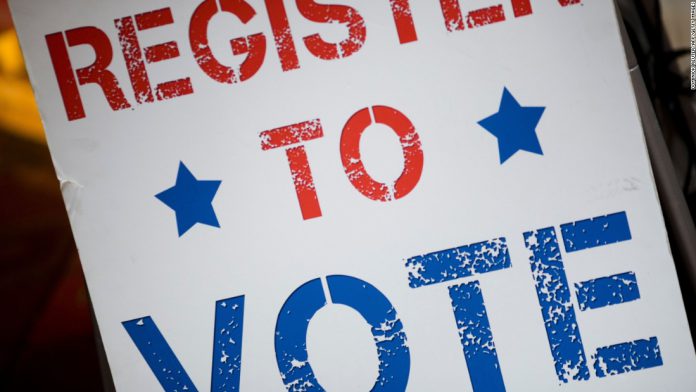 Delaware County received 6,300 voter registration forms in two shipments from the Pennsylvania Department of State, according to Delaware County Solicitor Mike Maddren. The forms were submitted to the state by FieldWorks.

The county got the shipments on October 14 and October 17. The state requires such voter registration forms to be submitted by October 11. It’s unclear how many of these forms got to the state by this time.

Delaware County officials noticed discrepancies in the forms themselves. Out of the 6,300, 2,400 were already registered voters, and about 800 to 900 had a Social Security number or driver’s license number that didn’t match the individual on the form, Maddren said.

Some 212 were missing important pieces of information, and 110 had addresses that didn’t exist in the county, according to Maddren.

County officials cited possible “tampering with public records or information” as the reason for the search. Police noted they would be searching material “relating to identifying co-conspirators,” and “any/all voter registration forms, including but not limited to… any templates (physical or electronic) utilized to construct fraudulent voter registration forms.”

Police came to the office the night of October 28, according to FieldWorks spokesperson Matt Dorf.

“The integrity of our electoral system is a foundation of our democracy, which is why FieldWorks has the most rigorous quality controls in the industry and zero tolerance for fraud,” FieldWorks said in a statement to CNN. “FieldWorks is now working closely with county officials to provide them with information on our program and applications they are investigating.”

FieldWorks is a national political grassroots organization that has worked with a number of Democratic clients in the past. It provides canvass operation services for campaigns by organizing door knockings, phone banks, signature collections and voter registration.

FieldWorks sent the voter registration forms to the Pennsylvania Department of State, but when it sent the forms, before or after the deadline, is unclear.

“When you look at these, they have Department of State stamps on them that are after the deadline,” Maddren said. He stated that the majority of the forms were stamped after October 11, but some of the forms do have dates before the deadline as well.

Both the Pennsylvania Department of State and the Pennsylvania attorney general’s office would not comment on the ongoing investigation. In a press conference on October 20, Secretary of State Pedro Cortes reaffirmed his confidence in the Pennsylvania voting system, despite recent campaign rhetoric.

“Some have suggested that fraud is rampant and election officials at the local and state level have ill intended motives. This is not only wrong and uninformed, it is also dangerous,” Cortes said. “I delivered this message in 2004 and 2008. We will not give you much to write about. We run good elections.”

The Delaware County Voter Registration Commission will hold a hearing on Friday focusing on the timeline in which the voter registration forms were received. The hearing will not cover the authenticity of the documents themselves.

Trump's unbroken pattern of disdain for the rule of law

Analysis: Russian meddling was out of a spy novel in 2016. It's turning 2020 into a horror movie.

The most interesting non-roster player for all 30 MLB teams

Sports Gerald Ravindran - February 22, 2020
0
The rites of spring: pitchers and catchers, Jose Altuve's tattoo and, of course, non-roster invitees. This is one of my favorite articles to write...

Sports Gerald Ravindran - February 22, 2020
0
HOUSTON -- The ultimate goal hasn't changed for P.J. Walker. He wants to be an NFL quarterback.But the chance to play in the XFL...

Politics Gerald Ravindran - February 22, 2020
0
Yet "Race Against Time" is more than a book about the past. It speaks to today, arriving at a moment when history and its...