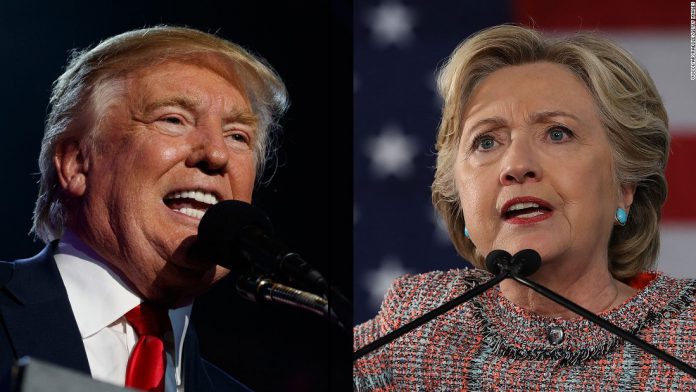 While Clinton has said she believes a fetus lacks constitutional rights, she did vote against a ban on late-term abortions in 2003 while serving as a senator from New York.

“The kinds of cases that fall at the end of pregnancy are often the most heartbreaking, painful decisions for families to make,” Clinton said in the debate Wednesday night, adding that Trump was using “scare rhetoric.”

“I have met with women who have, toward the end of their pregnancy, get the worst news one can get — that their health is in jeopardy if they continue to carry to term, or that something terrible has happened or just been discovered about the pregnancy,” she said. “I do not think the United States government should be stepping in and making those most personal of decisions.”

Roe v. Wade, decided by the Supreme Court in 1973, made abortions legal during the entire term of a pregnancy, but put restrictions on the procedure during the second and third trimesters.

Clinton does believe mothers should be allowed to terminate a pregnancy at any point — up until birth — if her life is in danger, but abortions as late in a pregnancy as Trump suggests are almost unheard of.

We therefore rate Trump’s claim as true, but misleading.

Trump also claimed that the Supreme Court’s decision in Roe v. Wade would be overruled by justices he would appoint to the Supreme Court “automatically,” but that statement is belied by history.

Although Presidents Ronald Reagan and George H.W. Bush appointed justices who they believed would overrule the 1973 decision recognizing a woman’s constitutional right to choose an abortion, three of those appointees — Justices Sandra Day O’Connor, Anthony Kennedy and David Souter — famously voted to preserve the Roe decision in 1992.

Even if a President Trump were only to appoint “pro-life” justices, there is simply no way to ensure that any particular decision, including Roe, would be “automatically” overruled.