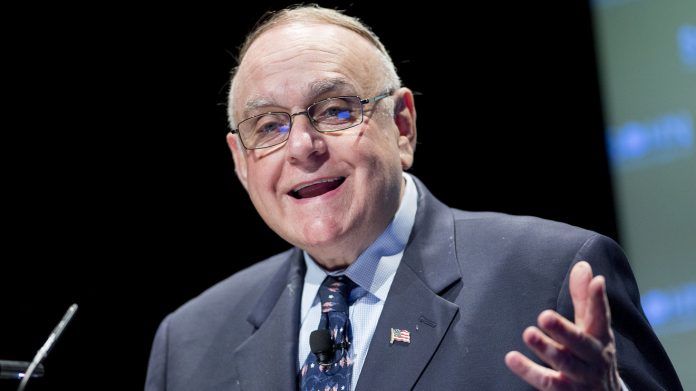 The Securities and Exchange Commission on Wednesday charged high-profile, hedge-fund manager Leon Cooperman with insider trading and that he acted to cover it up.

The case stems around Cooperman learning in 2010 of the sale of a natural-gas facility by then-public Atlas Pipeline Partners. The SEC said the 73-year-old Cooperman, one of Atlas Pipeline’s top investors, misappropriated information from a senior Atlas Pipeline executive that it didn’t name, about the sale, which caused the stock to surge by 31% when it was finally announced.

The SEC complaint says the executive shared information about the sale of the facility because he believed Cooperman wouldn’t trade on it.

“The insider trading allegations against Mr. Cooperman are entirely baseless. Mr. Cooperman acted appropriately at all times and did nothing wrong. We intend to vigorously defend against the charges and will not allow the SEC to tarnish the legacy Mr. Cooperman has built over the course of a legendary career spanning five decades,” they said.

The SEC makes the case that Cooperman was actively reducing his stake in Atlas Pipeline until he allegedly received the inside information. Until July 7, there was no day in 2010 on which one of Cooperman’s accounts were net buyers of Atlas Pipeline securities, the SEC said.

The agency quotes Cooperman calling the company a “shitty business” on July 7, 2010 — the same day he talked with the unnamed executive. Afterward, he started buying out-of-the-money call options that on one day accounted for over 90% of the day’s trading volume, the SEC said.

In late 2011 or early 2012, according to the SEC, Cooperman’s Omega Advisors received a subpoena about his trading in Atlas Pipeline securities. He then contacted the executive and attempted to fabricate a story.