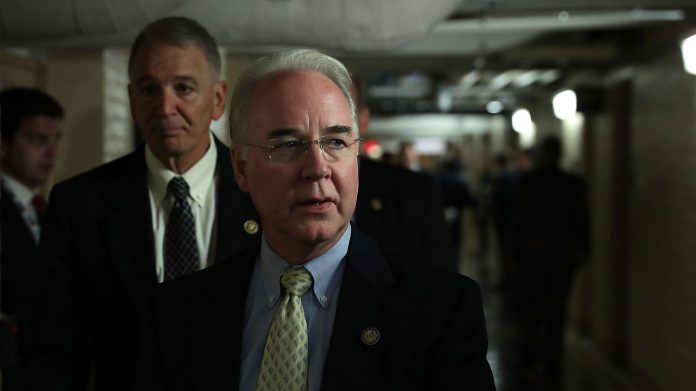 Two months before the presidential election, a small conservative medical organization published the results of a survey claiming then-Democratic nominee Hillary Clinton’s health “could be disqualifying for the position of President of the U.S.”

Then, two weeks out, it issued a press release saying Clinton had “pathological eye movements” that could indicate a variety of diseases, including Parkinson’s. Both were based on small surveys of its membership, the latter’s conclusions based on 37 doctors the group asked to watch a video of the candidate in slow-motion speed.

Those statements spread widely, helping propel a range of theories about Clinton’s health into the news and onto highly partisan websites. They also drew attention to the Tucson-based Association of American Physicians and Surgeons, a 5,000-member organization that opposes government intervention in medicine.

The AAPS lies outside much of the mainstream medical community. It has been alternately described as “The Tea Party’s Favorite Doctors”; “a discredited libertarian medical organization” and “a fringe group that questions whether HIV causes AIDS.”

But it also now has a direct line to Washington: Rep. Tom Price (R-Ga.), the orthopedic surgeon who is President-elect Donald Trump’s nominee for Secretary of Health and Human Services, is also a yearslong member of the group who has spoken at its meetings.

Read: What to expect from HHS Secretary nominee and Obamacare opponent Tom Price

Price’s nomination is “pretty exciting,” said AAPS Executive Director Jane Orient in an interview with MarketWatch. “We keep in touch with his staff in D.C. and find that he has generally been a real friend to physicians in private medicine.”

How closely aligned Price and the AAPS are isn’t clear. The group doesn’t agree with every aspect of Price’s “Empowering Patients First” plan, which lays out a method for repealing and replacing the Affordable Care Act in more than 200 pages, including tax credits to offset the cost of health insurance in the individual market and state-level high-risk pools for those with pre-existing conditions.

Orient says the AAPS hasn’t spoken with Price since his name came up for the nomination, though she suggested several possible areas for reform — including electronic medical records, which she says put an undue burden on doctors; what she called overregulation of Medicare and Medicaid; and the concept of value-based, rather than fee-based care, which she says costs doctors fair compensation — she believes make it too hard for doctors to tailor care to a particular patient.

Price is also a member of the American Medical Association, the most powerful medical organization representing more than 200,000 doctors, and which “strongly” supported Price’s nomination — which requires Senate confirmation — on Tuesday.

“His service as a physician, state legislator and member of the U.S. Congress provides a depth of experience to lead HHS,” said Dr. Patrice Harris, chair of the AMA Board of Trustees, said in a statement. “Dr. Price has been a leader in the development of health policies to advance patient choice and market-based solutions as well as reduce excessive regulatory burdens that diminish time devoted to patient care and increase costs.”

But Price’s connection to the AAPS that has caused some members of the medical community to rebel against the AMA’s endorsement and question his qualifications.

A reporter who called Price’s office for comment was told to email a representative. That email wasn’t replied to in time for publication.

Read: President-elect Trump puts Obamacare’s future up in the air

The AAPS was founded in 1943 by members of the American Medical Association who opposed “socialization of medicine in America.” “Wherever socialized medicine had been tried, a deterioration has occurred in the quality of medical care,” the group’s then-executive director told the New York Times in 1945.

Since Medicare’s inception, the AAPS has opposed the program. While the AMA called that position unethical, the then-16,500 member AAPS urged members not to be part of committees formed to implement the new program in summer 1965, according to the Times. And the AAPS, which also opposes Medicaid, provides information for members about how to opt out of the programs.

Orient blames third-party payments for driving up the cost of health care and believes patients should pay their own medical bills, with insurers only stepping in the case of catastrophic claims. And the AAPS, like Price and many other conservatives, has been a longtime opponent of the Affordable Care Act.

Related: Entrepreneurs and small businesses on why they hate — and love — Obamacare

There are clear ideological alignments between the Georgia representative and the AAPS on a policy level: Like the AAPS, Price supports big changes and cuts to Medicare and Medicaid.

And his health plan, like other Republican plans, highlights the role of health savings accounts, with the idea that patients will put tax-deferred dollars into the accounts and, because they are using their own money to pay for health expenses, will be more accountable for it.

But the organization has also backed less widely held views, including an opposition to mandatory vaccination, which it says parents should be able to refuse for their children, and the view that illegal immigration poses a public health crisis due to the unchecked spread of disease. Health officials told PolitiFact that is unlikely.

And an unsigned 2008 article on its website claimed that President Barack Obama was using hypnosis during his speeches to get people to vote for him. (The article now has a disclaimer at the top stating that it was posed “for information and discussion” and “doesn’t constitute an official position of the AAPS.”)

The AAPS’s publication, the Journal of American Physicians and Surgeons, has courted the most controversy, putting out pieces claiming, for example, that vaccines aren’t safe — which runs counter to most medical opinion.

The AMA has pushed to make it harder for people to opt out of mandatory vaccinations, noting in 2015 that “Immunization programs in the Unites States are credited with having controlled or eliminated the spread of epidemic diseases.”

Read: Here’s what we know so far about President-elect Trump’s post-Obamacare health plan

She also said that the group doesn’t oppose vaccines — most of its members, she said, give them — only “forcing” people to get them.

“If there is a measles outbreak, for example, more people will be wanting to have the measles vaccine right away,” she said. “It is really a matter of giving patients information.”

Childhood vaccines are necessary to prevent large-scale infectious disease outbreaks, which have largely vanished thanks to them, experts say. Giving patients choice on this matter assumes they have all the information a medical professional has, they say, and bad information could cause a public health crisis.

“We disagree,” said Orient. “We think that your job is to inform the patient as best you can, but you don’t have the right to assault a patient. If you even touch somebody without their consent, that is an assault. We don’t think an exception should be made for a vaccine, just because some committee recommended it.”

Immunizations are controlled at the state level, with requirements that must be met for children to attend school.

More: What President-elect Trump means for every U.S. industry

Antivaccine dogma is “pseudoscience,” wrote oncologist and blogger David Gorski at Science Blogs in November. The AAPS is hostile to evidence-based medicine, Gorski wrote, and opposes anything that “smacks of ‘telling doctors what to do.’”

There is no evidence to suggest that Price is antivaccine, according to Gorski. But even if the HHS nominee doesn’t believe everything the group stands for, “the very fact that Price was attracted enough to this organization and liked it enough to actually join it should raise a number of red flags,” he wrote. “It certainly did with me, because I know the AAPS all too well.”

Part of fencing perimeter comes down around White House

The Point: Donald Trump is building a shadow Republican Party

House committee to vote on bill to grant DC statehood

Sports Gerald Ravindran - April 14, 2021
0
The NFL on Wednesday sent a memo to teams outlining rules for its offseason programs -- rules the league has decided to impose after...

Can Real Madrid rally for one more big test vs. Liverpool in Champions League?

Sports Gerald Ravindran - April 14, 2021
0
The only time Zinedine Zidane imposed his majesty on the hallowed turf of Anfield, he scored a shoot-out penalty to escape a dogged rival... 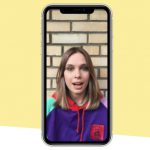 World Gerald Ravindran - April 14, 2021
0
Making deep fake videos used to be hard. Now all you need is a smartphone. Avatarify, a startup that allows people to make deep-fake...

Part of fencing perimeter comes down around White House

Politics Gerald Ravindran - April 14, 2021
0
CNN observed crews taking down metal fencing that had been around the perimeter of the White House complex for months. Not all of the...

Playoff Watch Daily: Who will win the West's fourth spot?