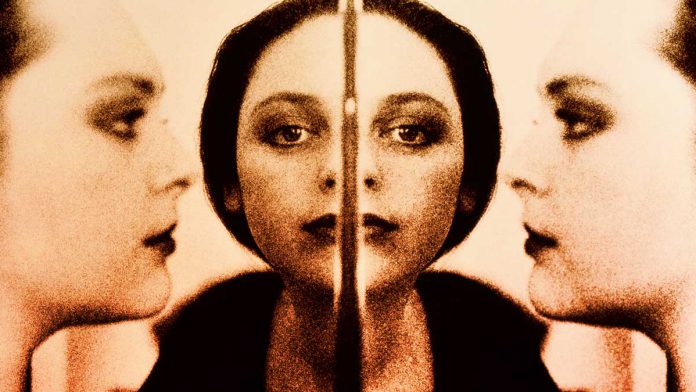 The world tends toward continuums. We order everything from temperature (cold to hot, with tepid in the middle) to wealth (poor to comfortable to rich). Continuity along a linear line, like the inexorable laws of hydrodynamics, helps to capture and comprehend the complexities of science and society, and offers the promise of progress and growth.

It’s tempting to think leadership also follows a continuum, one anchored by bad and great, with good somewhere in between. This deeply rooted belief reassures us that leadership follows a predictable pattern, and that through hard work and experience one can progress along the drawn line.

That anyone can develop as a leader is not in question. What I dispute is the stubborn resolve that great and good are points along the same stream. That just isn’t so. Great leadership and good leadership have distinctly different characteristics and paths. Leadership is not one-dimensional. It can be great and good, or one but not the other, or neither.

Uses of “great” usually begin with descriptions of being unusually intense or powerful, either “to great effect” or “a great effort.” In that sense, great is a force. True, great also means “excellent,” but that is not its primary meaning. As for “good,” we usually reference morality, virtue, and ethics — “a good person” or “a good decision.” Good can refer to the quality of something — contrasted against the commonly understood opposite, bad — but in this context good refers to the direction in which behavior is compelled.

Great leadership is powerful, dominating, often overwhelming. It can sweep people along through sheer animation. Great leadership excites, energizes, and stimulates. It’s a rousing call, shocking complacency and inertia into action. It’s one of the most potent pulls in human history, and as such accounts for much of humanity’s progress, as well as its suffering. While it ignites collective action and stirs passion, its direction depends largely on those that wield its power. Great has no inherent moral compass, and thus its unpredictable potency can just as easily be put toward pugilistic and peaceful purposes.

To speak of good leadership is to speak of protecting and advancing widely accepted principles through means to ends. It denotes doing the “right” thing. There may be legitimate differences in interpretation of what’s right and wrong, but long-standing ethics, mores, and customs of conduct that have allowed individuals and collectives to survive and thrive are remarkably similar across culture and time. Good heeds the best interests and welfare of others.

Good leadership is not as arresting as great leadership. When good rules the day, it’s not so noticeable, as things are transpiring as they should. Great is dramatic, whereas good is the blended background, a values-based screen upon which great deeds unfold. This accounts for why the force of great often overshadows the direction of good.

The tug between great and good leadership is one of perpetual and dynamic coexistence. There is great — a force that is often inexplicable, occasionally irrational, and, importantly, intermittently ungovernable. Then there is good — a direction that is north-star true, providing the point of values of mutual benefit. The former moves, the latter aspires. The figure below illustrates the relationship. 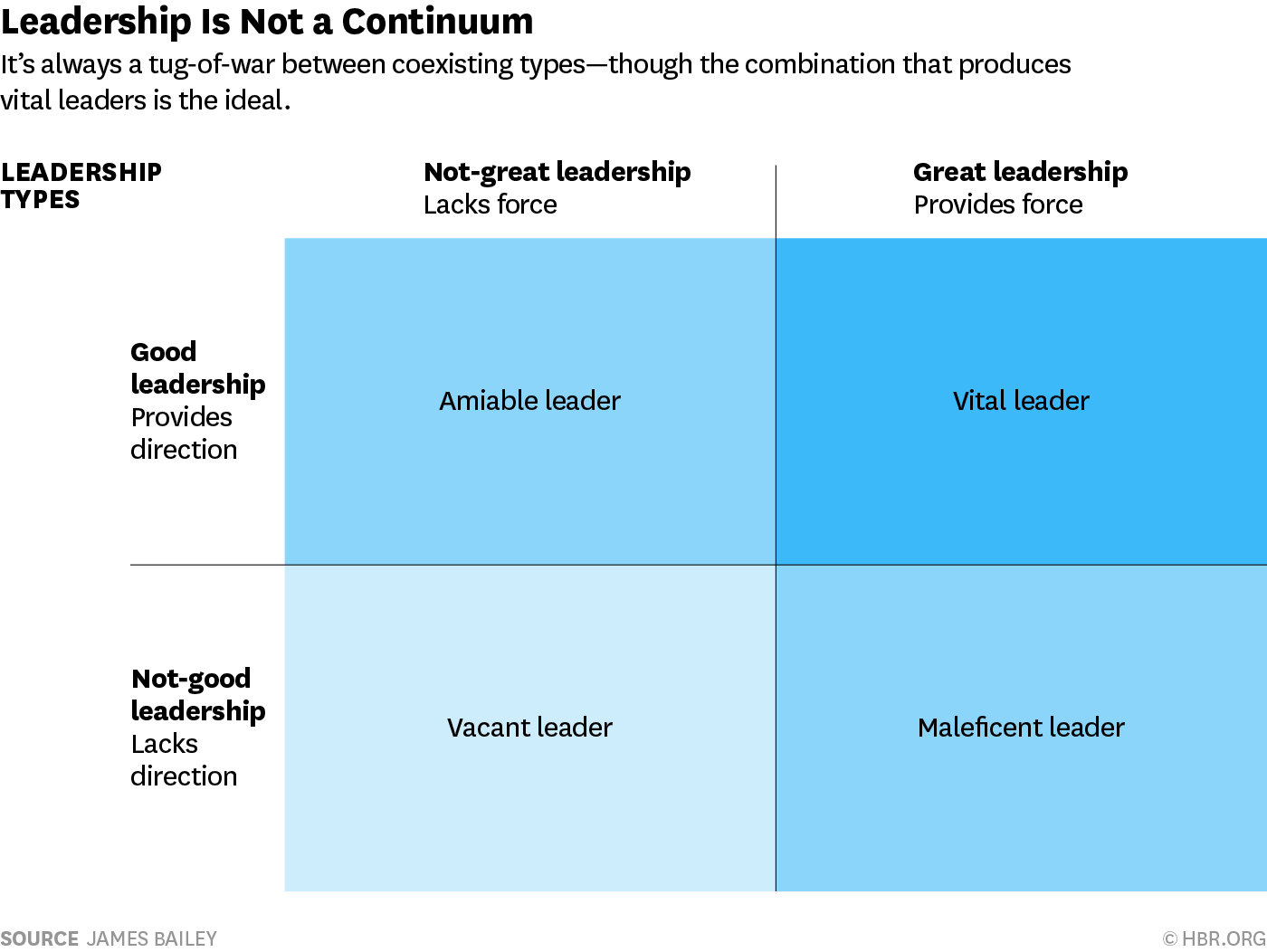 At the top right, great and good — force and direction — are paired but not necessarily alloyed. That’s as it should be. The tension between them galvanizes will and commitment, tacks recurring debate about what great and good mean, and gives rise to a critical and creative climate that fuels progress. This is where people want to be. It’s an enviable place in which to reside, as it combines productive and constructive energy. The waters here are favorable to astute navigation. This is the realm of a vital leader, with all the healthy energy vitality denotes.

At the top left, not-great leadership combines with good leadership. Although all good intentions exist, the power to implement them is lacking, which creates a pleasant enough place to work, but one bereft of the vitality necessary to advance personal, social, or organizational goals. The values are spot-on, but there is no forward motion. Ethical rectitude is comforting, but if stalled, it means little. Inhabitants of this quadrant dwell in a kind of stagnation. Everyone’s happy and honorable, but nothing gets done. A leader here could be described as amiable. Friendly and pleasant to be sure, but not necessarily animating.

If the top left quadrant is stagnant, the one below it is a cesspool. Both great and good are absent. The lack of force and direction withers the will and erodes the optimism of even the most stouthearted. There’s no potency or point. There is none of the energy necessary to compel collective movement to an end goal. No value can be attached to a nonexistent objective. This quadrant has no direction whatsoever. Unfortunately, this describes all too many organizations — listless and fetid. There’s just one moniker for this leader: vacant.

The confluence of great and not-good leadership in the bottom right quadrant is frighteningly explosive. It could combust at any minute. The sweeping force of great has no countervailing direction for good. It’s an environment of excitable, concentrated participation coupled with dubiously defined purpose. The force is mighty, but the direction unprincipled. Treacherous shoals abound in these waters. Without good leadership to hold great leadership accountable, there’s no telling what can happen. Maleficent, meaning capable of causing harm, describes this type of leader.

It’s natural to think of leadership as running from one end to the other. To do so, though, is to mistake what great and good leadership are. They’re fundamentally different. Separating them, thus upending the ever-convenient continuum, seems counterintuitive. But it’s absolutely necessary for understanding the very elements that explain leadership’s operation and impact. Great can be vital but destructive; good can be compassionate but impotent. The coexistence of the two is the best hope for leadership — without good we should fear. Organizations must circumnavigate the universally countervailing relationship between force and direction, lest they run aground, adrift, or worse.