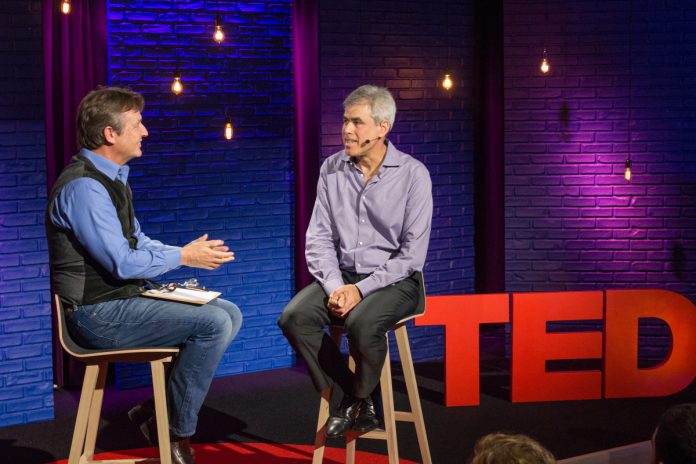 With less than a week until America casts ballots in what has become one of the most controversial US presidential elections in history, TED invited the social psychologist and expert on the psychology of morality Jonathan Haidt to talk about our divisions — and how we might heal.

In conversation with TED curator Chris Anderson at TED HQ in New York, Haidt drew on a social-science perspective to explain why people on the left and right don’t just disagree with each other these days, they actually think the other side is a threat to the nation.

“We’re tribal — we evolved for tribalism,” Haidt explains. “It’s how we created society. We’re not doomed to always be fighting each other, but we’ll never have world peace.”

On the left, that tribalism has manifested itself with people who want to define their tribe more globally. On the right, the definition stops at local communities and nations. Haidt quotes the UK pollster Stephan Shakespeare, who put it this way: “We are either ‘drawbridge up’ people or ‘drawbridge down’ people.”

Another principle of social science explains why political arguments feel so unreasonable lately: As humans, our intuition comes first, while reason comes second. “Our intelligence actually may have evolved to help us manipulate each other and defend our reputations,” Haidt says. “That’s why you can’t win a political argument with reasoning and evidence.” Add in the internet, he says, and our post-hoc reasoning is ramped up on speed.

So is there a salve for a divided America?

“Both sides are right about something,” Haidt says. “There are a lot of problems in the country, but neither side is capable of seeing them all.” He suggests turning to the ancient wisdom of Buddha, Jesus and Marcus Aurelius for advice on how to drop fear, reframe our differences and stop seeing other people as your enemy. “Be more humble; you don’t know as much as you think,” he says. “Make an effort to meet someone on the other side. Only with people who challenge us can we find the truth.”

Ignite: The talks of TED@WellsFargo

Kansas back atop Top 25; Baylor slides to No. 2

Sports Gerald Ravindran - February 24, 2020
0
LAWRENCE, Kan. -- Kansas is back on top of the college basketball world after knocking off Baylor in a matchup of Big 12 heavyweights,...

Sports Gerald Ravindran - February 24, 2020
0
New York Rangers forward Chris Kreider was the most coveted player at the NHL trade deadline. Apparently, no one coveted him more than his...

The Point: The 1 thing that might slow down Bernie Sanders is a very,...

Politics Gerald Ravindran - February 24, 2020
0
Pfeiffer is very likely right. But if there is a way to stop -- or at least slow -- Sanders, most Democratic insiders are...