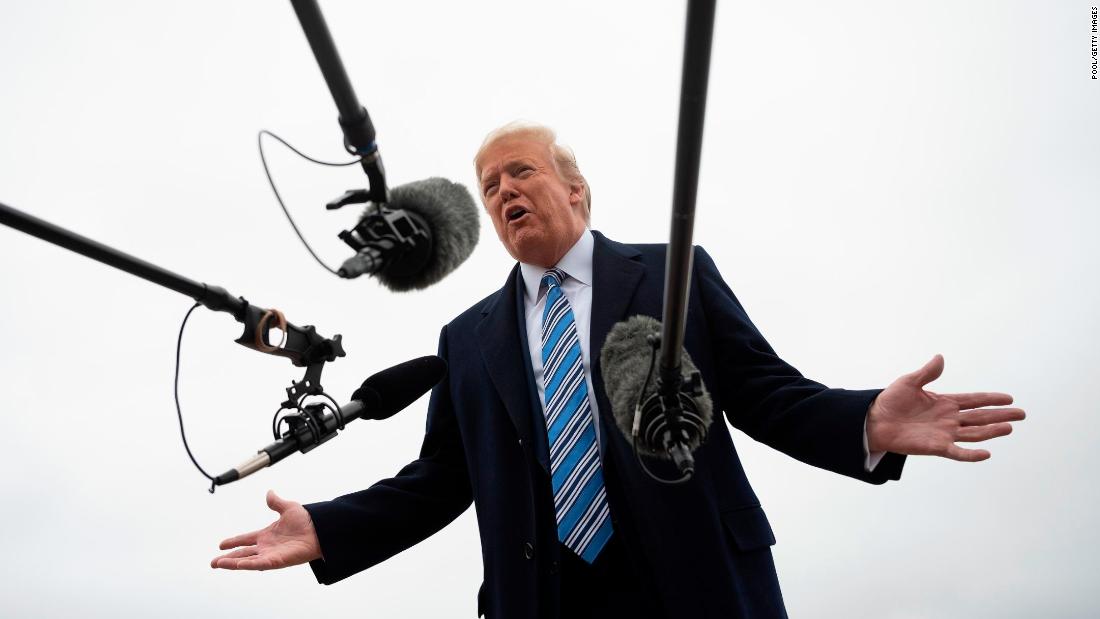 Given the state of the race, I’ve shrunk the usual five storylines to watch down to just three — and provided a bit more context (and, I hope, value) in each one.

3. Bernie (still) isn’t going anywhere: With the Democratic primary effectively on hold until, at least, late April (and maybe later), Sanders appears entirely content to remain in the race despite the decidedly steep delegate hill he has to climb to have a chance at overtaking Biden for the nomination.

Which isn’t an insignificant thing — or one without potential consequences. Why? Because Biden needs to unite the party — especially liberals, who wanted Sanders or Massachusetts Sen. Elizabeth Warren and who definitely didn’t want Biden.

The longer Sanders stays in the race — and given his fundraising ability, there’s no pressing reason for him to get out — the harder that task becomes for Biden, and the quicker he needs to do it before the general election.

Biden, wary of alienating Sanders’ supporters, has been giving the Vermont democratic socialist plenty of space. Here’s Biden on Sanders from “Meet the Press” earlier today:

“Bernie Sanders has poured his heart and soul into this campaign. He has moved the ball along on a number of issues that relate to what government’s responsibilities are. … I think it’s up to Bernie to make the judgment whether or not he should stay in the race or not stay in the race. … I think he’s had a real impact, he’s brought a lot of people into the process that weren’t in it before. And so I think it’s a tough decision for Bernie to make.”

Nice, right? For now. If Sanders stays in through the end of the primary process, which is now being pushed back due to postponements of votes because of coronavirus, my guess is the Biden team gets a lot less cordial.

2. Biden takes the coronavirus fight to Trump: Grasping that President Trump is benefitting — broadly speaking — from the way he is perceived to be handling the coronavirus crisis, the former vice president’s campaign is hitting back — hard.

In a new web video, Trump is shown at a coronavirus task force briefing last week making clear that he told Vice President Mike Pence not to call Democratic governors in Washington and Michigan because they weren’t sufficiently thankful for what the administration has done for them. Trump’s words are harshly juxtaposed with the number of sick and dead in each state. “His failure will cost lives,” appears on the screen at the end of the minute-long ad.

Even as Biden’s campaign is going after Trump, the candidate is also seeking to contrast his empathy with the President’s seeming lack of it. In a town hall on CNN late last week, the former vice president choked up while consoling people who have lost loved ones to coronavirus.

“My message is, God loves you. You know, I’ve lost a couple of children. I’ve lost a wife. And it is incredibly difficult to go through. And it’s harder to go through when you haven’t had an opportunity to be with the person while they’re dying. My mom, my dad I was able to be with them and lie in bed with them as they took their last breath. My son I was able to do that. My deceased wife I was not able to do that. I was not able to be there. And it makes a gigantic difference for people.”

The Biden team has to hope this dual-pronged attack — hitting Trump on his callousness and selfishness while highlighting Biden’s own personal struggles (and the lessons he took from them) — will blunt the momentum the President has gained during the coronavirus pandemic.

Given that no one really knows how long this quarantining and social distancing will last, Biden and his team are doing their best to ensure he’s still in the game when things return to some semblance of normal. Or if they do.

1. The Trump poll surge: There’s no question that President Trump is in the midst of his best polling moment in the entirety of his time in office right now.

A Washington Post/ABC poll released over the weekend showed Trump at 49% approval to 47% disapproval, the first time in that poll that those approving of his performance in office outstripped those disapproving.
Other surveys by Gallup, Fox News and Monmouth University all confirm the Post’s findings: Trump at or near historic highs for job approval.

The surge in Trump’s numbers, which had been essentially immoveable for much of his presidency, is due, almost certainly, to generally positive reviews of his handling of the ongoing coronavirus pandemic coupled with a sort of rally-around-the-flag mentality that often courses through the country in moments of national crisis.

The real question is not whether Trump’s numbers are in a better place than they were three months ago (they quite clearly are), but rather how long will this rise last.

While there’s no direct equivalent to what we are dealing with now in the modern history of the presidency, George W. Bush’s numbers after the September 11, 2001 terrorist attacks are somewhat instructive.

Bush hit 90% approval in a Gallup poll conducted 10 days after the attacks — his high watermark. His job approval numbers didn’t dip below 50% again until May 2004 — two and a half years later.

JR Smith beats up man for damaging his truck

Sports Gerald Ravindran - May 31, 2020
0
Former Cleveland Cavaliers guard JR Smith is seen in video published by TMZ Sports on Sunday beating up a man who allegedly damaged his...