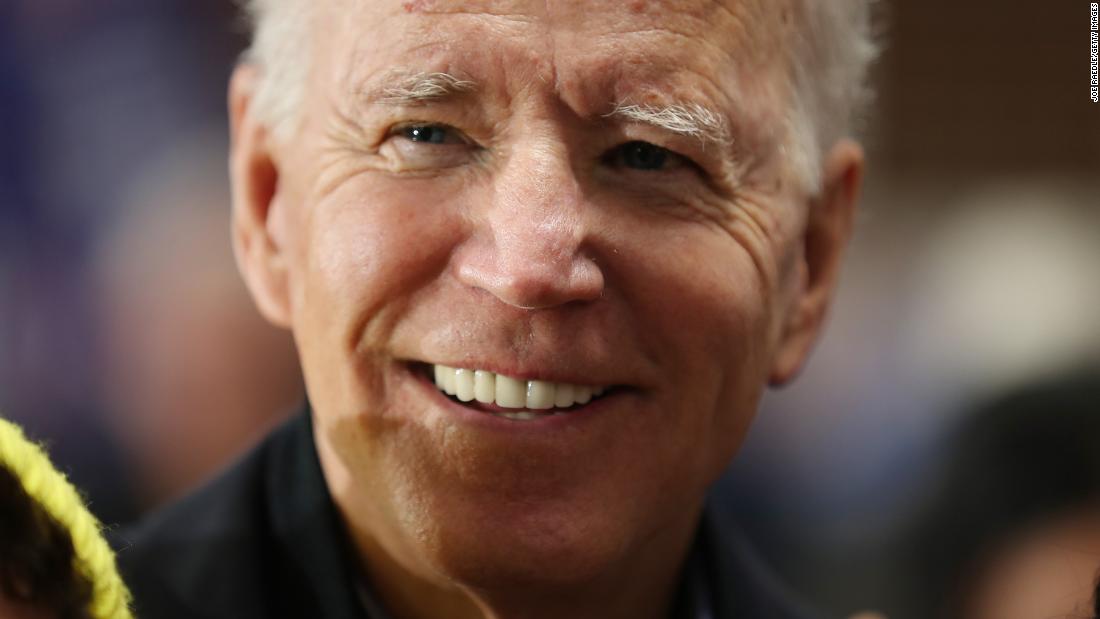 In a new ad entitled “Threat” running across Iowa starting Friday, a female narrator makes the stakes of the Democratic primary plain:

“Every day he’s president, Donald Trump poses a threat to America and the world. We have to beat him. Joe Biden is the strongest candidate to do it. He beats Trump by the most nationally and in the states we have to win. This is no time to take a risk. We need our strongest candidate, so let’s nominate the Democrat Trump fears the most. Vote Biden. Beat Trump.”

On screen a series of polls are shown — all of which show Biden running ahead of Trump.

Although none of his rivals for the Democratic nomination are shown in the ad (it’s just Trump and Biden), the message is un-missable: The former vice president is a known commodity with a demonstrated appeal to swing voters. Bernie Sanders, Elizabeth Warren and Pete Buttigieg, on the other hand, represent something of a risk — and “this is not time to take a risk.”

It’s a fascinating choice of message — mostly because primary voters are, typically, motivated by their hearts and not their heads. They vote for the candidate who hits them on an emotional level rather than an intellectual one. Electability tends to be the sort of thing that political pundits and party officials spend lots of time on and something voters are less interested in. (Witness the rise of Donald Trump in the 2016 Republican primary.)

So, why end on that message if you are Biden’s campaign?

Well, first and foremost, because Biden is never going to be the liberal heartthrob in this race. (Sanders and Warren have that locked up.) And at 77 years old and having been in public office almost non-stop for five decades, he’s not going to be the fresh-faced outsider (that’s Buttigieg, obviously). Being the one who can win is the best argument he’s got.

Then there is the Trump factor. Biden’s team is betting that Democratic voters so loathe Trump — and believe he is doing so much damage to the country — that they will prioritize beating the incumbent more than picking a candidate who mostly agrees with their views.

In a new CNN national poll, almost 6 in 10 Democrats (57%) said they wanted the “Democratic Party [to] nominate a presidential candidate with a strong chance of beating Donald Trump,” while just 35% said they preferred a candidate show “shared” their views on major issues. (Back in December, only 47% prioritized a nominee who could beat Trump.)

The thinking here also has some historical precedent. In 2004, then Massachusetts Sen. John Kerry made a similar argument — I am the one best positioned to beat President George W. Bush — in the closing days of the Iowa caucuses. He won Iowa — beating out liberal favorite and former Vermont Gov. Howard Dean. (Kerry then won New Hampshire and cruised to the nomination.)

Biden has to hope the Democratic electorate is in a similar frame of mind this time around. That the desire to get rid of Trump pushes them to choose the candidate perceived to be the best-equipped to beat him. Of course, Biden also has to hope the Kerry comparison only goes so far. Kerry lost the 2004 election to Bush.

How Huawei is returning to work

Opinion: Boris Johnson learns no one is immune to Covid-19

How Huawei is returning to work

World Gerald Ravindran - March 31, 2020
0
As for many companies in China, Huawei is having to find new ways to work under strict conditions aimed at preventing another upsurge in...

5 ways to live (and thrive) while social distancing

Strategy, Innovation and Leadership Gerald Ravindran - March 31, 2020
0
The novel coronavirus has dramatically changed how we spend time and share physical and virtual space with each other. On Friday, March 27, conflict...

Politics Gerald Ravindran - March 31, 2020
0
In order to ship the badly needed equipment, the Defense Department has to be given a location to send them by civilian authorities who...