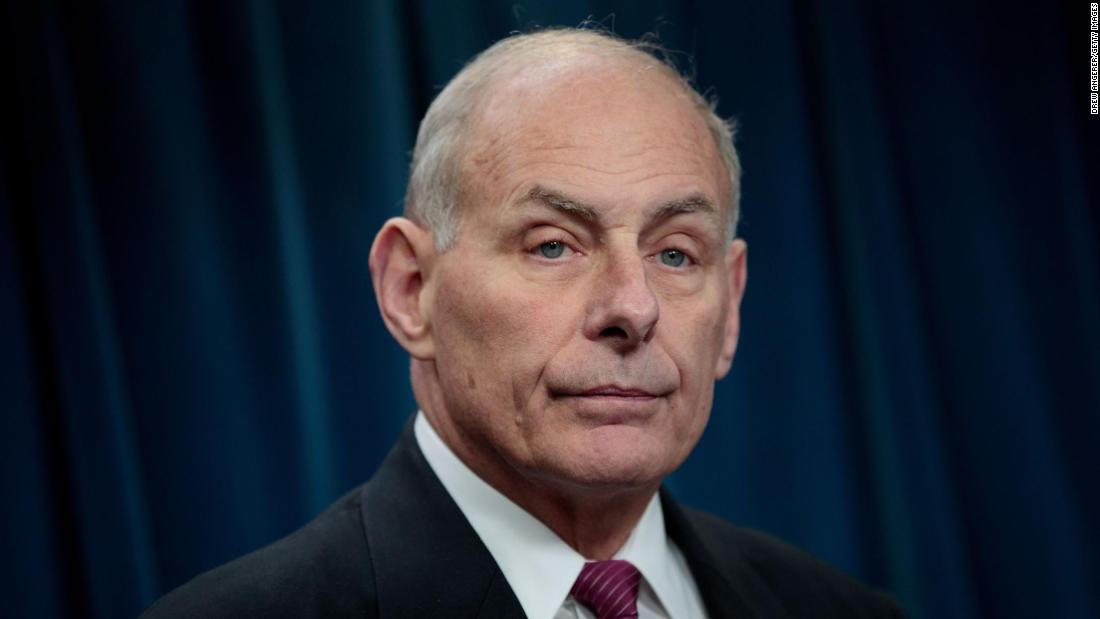 But, something else Kelly said in that speech at Drew University in New Jersey was even more cutting. His subject? Fox News Channel.

“The media, in my view, and I feel very strongly about this, is not the enemy of the people,” Kelly said. “We need a free media. That said, you have to be careful about what you are watching and reading, because the media has taken sides. So if you only watch Fox News, because it’s reinforcing what you believe, you are not an informed citizen.”
Kelly knows of what he speaks. He spent almost two years as chief of staff in a White House that main-lines Fox News — and a President who treats anchors on the network as personal friends and quote-tweets passages from Fox guests who echo his sentiments on the issues of the day.
And it’s not just Trump or his White House who rely on Fox News to get their news. Asked in a recent Pew Research Center poll to name media companies in which they have trust, 65% of Republicans named Fox News. One in three named ABC. Not a single other news source was trusted by even 33% of self-identified Republicans in the Pew poll.

Combine those numbers with Fox News’s overwhelming viewership numbers among Republicans (60% get their election news from Fox; no other outlet gets above 30%), and the marked difference between its content and that of all the other mainstream media outlets, and you see a major reason for why we are where we are, politically speaking.

While the disconnect between Fox and the rest of the news business is pretty obvious, it’s still a powerful moment when someone like Kelly, a man who spent nearly two years as Trump’s most senior adviser, says it. Because what Kelly is saying, when you think about it, is that the conservative message machine at Fox, which Trump used to get elected and then to conduct a full takeover of the Republican Party, isn’t telling the truth — or at least isn’t telling all of the truth.

That’s a marked contrast from the nearly-unstinting praise Trump himself lavishes on his favorite Fox News personalities. Here’s one riff from a Trump campaign rally in Louisiana last fall:

“How about these fraudulent writers at The New York Times? They get Pulitzer Prize and they got it all wrong. They have to give back their Pulitzer Prize. But that’s a fix also, isn’t it? I’ve just won the Pulitzer Prize for talking about Trump and Russia, but they were all wrong now. Now, the people that were right, like Sean Hannity and Rush Limbaugh, Laura Ingraham and Tucker Carlson, Judge Jeanine and Watters, my Watters.

“When I terminated John Kelly, which I couldn’t do fast enough, he knew full well that he was way over his head,” tweeted Trump on Thursday night. “Being Chief of Staff just wasn’t for him. He came in with a bang, went out with a whimper, but like so many X’s, he misses the action & just can’t keep his mouth shut.”

The Point: The 1 thing that might slow down Bernie Sanders is a very, very long shot

Katherine Johnson, famed NASA mathematician and inspiration for the film 'Hidden Figures,' is dead at 101

Kansas back atop Top 25; Baylor slides to No. 2

Sports Gerald Ravindran - February 24, 2020
0
LAWRENCE, Kan. -- Kansas is back on top of the college basketball world after knocking off Baylor in a matchup of Big 12 heavyweights,...

Sports Gerald Ravindran - February 24, 2020
0
New York Rangers forward Chris Kreider was the most coveted player at the NHL trade deadline. Apparently, no one coveted him more than his...

The Point: The 1 thing that might slow down Bernie Sanders is a very,...

Politics Gerald Ravindran - February 24, 2020
0
Pfeiffer is very likely right. But if there is a way to stop -- or at least slow -- Sanders, most Democratic insiders are...

What was said after Kobe's death

Sports Gerald Ravindran - February 24, 2020
0
Lawrence Tanter had read through the plans dozens of times before he got into his car, put on John Coltrane's "A Love Supreme" and...