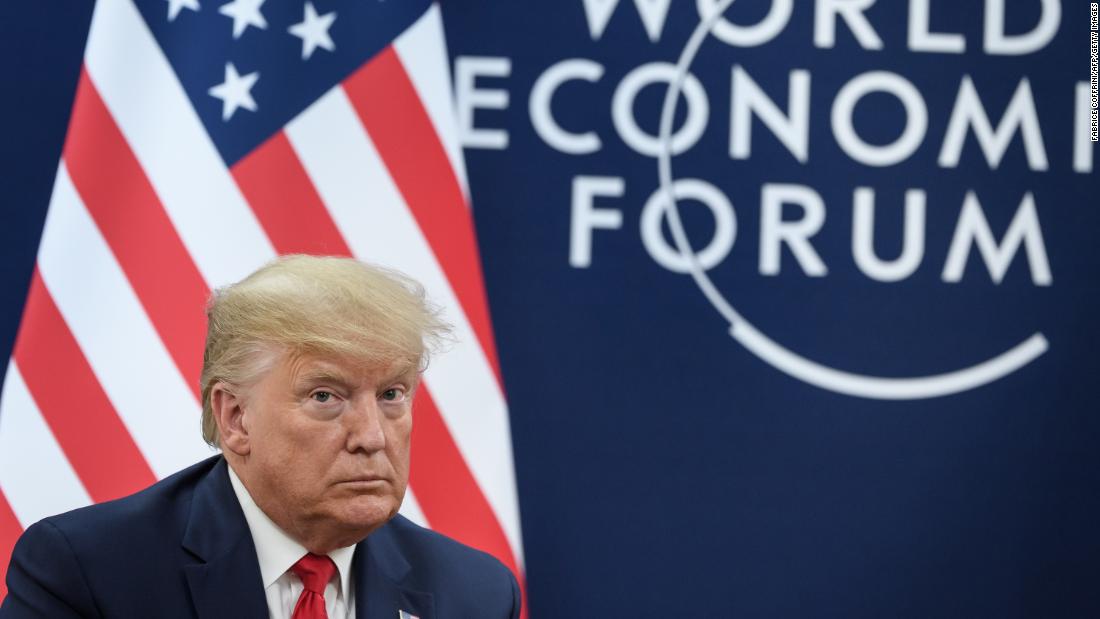 Impeachment, Trump said, was “just a hoax. It’s the witch hunt that’s been going on for years. And it’s — frankly, it’s disgraceful.”

Trump refused to respond to follow up questions on the Senate trial that will decide his fate.

Ivanka Trump declined to answer questions from CNN about her father’s impeachment trial, despite having several opportunities to do so. She silently stepped down a staircase among other forum attendees and walked away. Her husband, and fellow senior White House adviser, Kushner whisked past reporters, dashing from meeting to meeting, without stopping for questions.

As he crossed a crowded corridor, Treasury Secretary Steven Mnuchin insisted Trump was not distracted by the impeachment trial in Davos.

White House press secretary Stephanie Grisham, who has yet to hold a traditional briefing in her role, told reporters Trump would be updated by aides on developments from the trial.

Has he spent much time watching impeachment coverage?

But, according to a Wall Street Journal report, the President was peeking at impeachment coverage behind the scenes.

Gore, who attended one business meeting with Trump, was also tight-lipped about his encounter with the President.

“No comment,” the politician turned environmentalist responded when asked about the meeting.

As Trump arrived in Davos, he was touting his own record on the environment, a subject he seemed more willing to tackle than impeachment.

“Well, I’m a big believer in, uh, the environment. The environment to me is very important. Thank you. Thank you very much,” Trump said quickly, before delivering a speech that blasted climate activists as “perennial prophets of doom.”