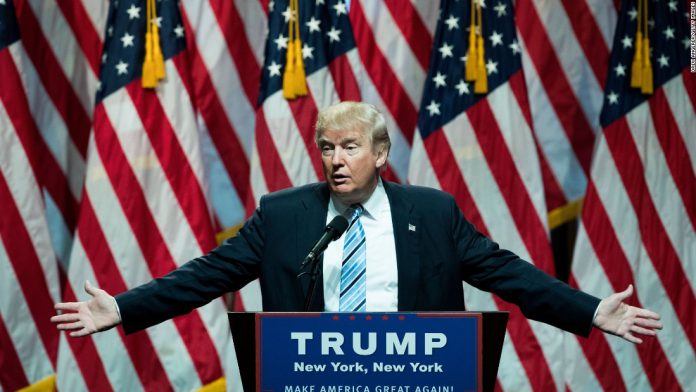 Two attendees who were in the room described to CNN the President-elect’s mood as light-hearted, as he reveled in his unexpected win. But these sources also said Trump extended olive branches to his past critics, including President Barack Obama, his former rival Hillary Clinton, as well as the “Never Trump” crowd.

As hundreds of donors feasted on omelets, bagels, lox and fruit at a Manhattan restaurant, Trump joked that he believed his “career was over” on Election Day, according to one attendee, as he watched every analyst and pundit on television say it would be impossible for Trump to win. But as results trickled in, Trump would later come to the realization that he would become the country’s next president.

Trump described recently telling his wife, Melania, at the end of an especially grueling day on the campaign trail that he was “at total peace with himself” and would “accept my fate” if he lost the election, because he genuinely believed that he could not be campaigning harder or attending more rallies.

Looking out into the packed room, the New York businessman quipped there must be plenty of “Never Trumpers” in attendance because “let’s face it — all of you guys are my friends now but I couldn’t fill this room in July,” one attendee described Trump as saying.

One major donor in attendance was Paul Singer, according to a source — the billionaire donor and hedge fund manager who has publicly criticized Trump.

The breakfast was hosted by the Trump Transition Finance Committee, according to an invitation obtained by CNN. Guests paid $5,000 to attend the meeting.

In one striking moment, Trump also went out of his way to speak favorably of Obama — particularly interesting as Trump also shared Wednesday that he is consulting with the President on Cabinet appointments.

Trump told donors that when he met with Obama at the White House days after winning the election, he “got along with” the President, one attendee said, and Trump also remarked that he had no ill-feelings towards Clinton, who had waged a bitter campaign against Trump.

Trump briefly discussed his deliberations to choose a nominee to be his secretary of state, two attendees said, and shared his intention to make his decision “soon.” One of those attendees said Trump promised to make an announcement next week.

Another topic on Trump’s mind: Boeing.

The President-elect made headlines this week when he criticized the government’s deal with the company on building Air Force One jets. Attendees at the Wednesday breakfast said Trump again expressed displeasure at the arrangement, suggesting that the government pays Boeing too much money for to build presidential jets.

Trump then pointed to a table of real estate developers, one attendee recalled, and joked that any one of them could have negotiated a better deal than what the government had struck with the company.