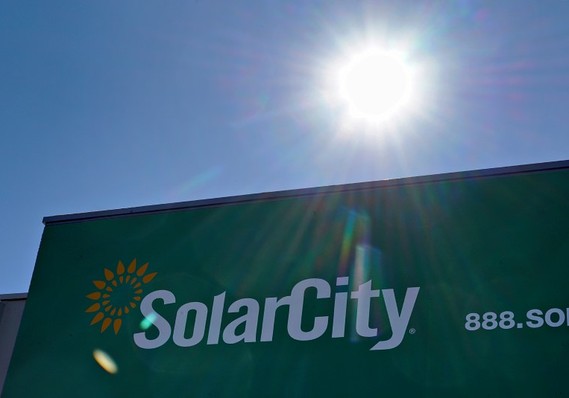 Donald Trump’s victory on Election Day may have taken a little bit of shine off the proposed deal between Tesla Motors Inc. and SolarCity Corp., on the belief a Trump administration could roll back federal policies that have supported the solar power industry.

The big question is whether Trump and a Republican-led Congress would repeal federal incentives for solar. That would significantly affect solar-power companies, SolarCity SCTY, -0.67%  among them, making the potential deal a harder pill for Tesla TSLA, -1.72%  investors to swallow and throwing even more uncertainty into the mix.

“I’d say that at this point a SolarCity acquisition by Tesla probably won’t be viewed as favorable.”

Solar stocks tanked on Wednesday, and were still under pressure on Thursday. SolarCity shares fell more than 2% despite reporting late Wednesday a narrower-than-expected quarterly loss. The Guggenheim Solar ETF TAN, -0.45%  was off 1.1% Thursday.

Homeowners installing rooftop solar arrays, SolarCity’s bread and butter, can deduct 30% of the cost of installing their systems from federal taxes, with no cap in value.

Congress has extended such credits, first enacted in 2005, and most recently did so in December 2015, pushing the expiration of the 30% credit to 2019. The incentive is set to decrease in subsequent years and end entirely for residential solar-power systems by 2021 (commercial installations would still get 10% credit from 2022 onward.)

Donald Trump to chart a new course on energy and climate

Republicans, for the most part, have been against the tax credits and the extensions, said Angelo Zino, an analyst with CFRA. It is feasible that a Republican-led Congress and a Trump administration would want to make at least some changes to the current program, he said.

“I’d say that at this point a SolarCity acquisition by Tesla probably won’t be viewed as favorable,” at least by Tesla investors, Zino said. For SolarCity shareholders, the proposed merger still is “a no-brainer,” as it would allow the solar company easier access to capital, he said.

Tesla Chief Executive Elon Musk has thrown his weight behind the deal, urging shareholders to approve the merger as a combined Tesla and SolarCity would be able to offer customers one seamless renewable-energy package, including an all-electric car, stationary storage and solar power.

And there appears to be no love lost for Musk and Trump. In an interview with CNBC four days before the election, he said Trump wasn’t “the right guy” for the presidency.

Last week, the two major proxy services, Institutional Shareholder Services Inc. and Glass Lewis & Co., posed sharply different opinions on the $2.6 billion merger, throwing the deal in even more turmoil. ISS urged shareholders to approve the deal as a “reasonable” and “necessary step” for both companies, and Glass Lewis called it a “thinly veiled bailout” for SolarCity and urged a “no” vote. Shareholders are expected to vote on the deal on Nov. 17.

Musk, who is chairman and largest shareholder of both companies, will not vote and has promised to recuse himself from board discussions. He has admitted to having lobbied large institutional investors to approve the deal, however.

SolarCity reported a narrower-than-expected third-quarter loss late Wednesday, surprising Wall Street. The company did not conduct a conference call after the results due to the proposed deal with Tesla, it said.

House impeachment managers wrap up their case with Trump's obstruction

Sports Gerald Ravindran - January 24, 2020
0
PARIS -- All eyes have been on New Orleans Pelicans No. 1 draft pick Zion Williamson this week, including those of six-time NBA champion...

Sports Gerald Ravindran - January 24, 2020
0
A special "8 things" edition with a supersized Item One:1. Welcome to the 3-point era, LaMarcus Aldridge!Turns out, the perception that Gregg Popovich --...

Sports Gerald Ravindran - January 24, 2020
0
11:55 AM ETEmily RandESPN The rumors began in the weeks prior to the 2016 League of Legends Championship Series season: Immortals were the team...