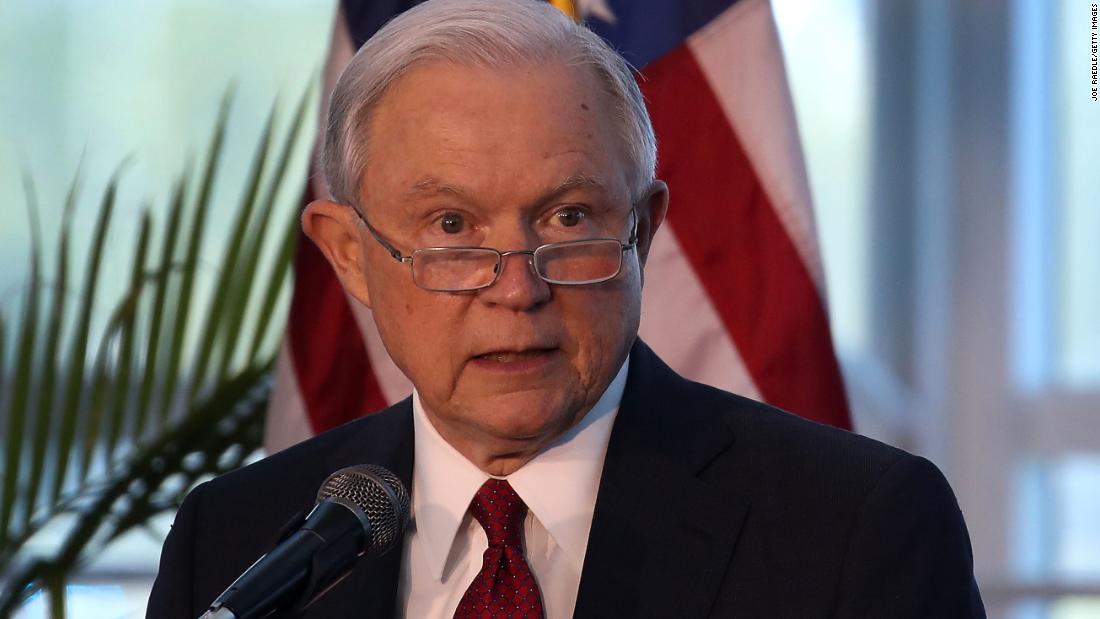 The state’s early deadline to qualify for the ballot forced a surprise decision this week: Former New York City Mayor Michael Bloomberg is expected to file to run for the 2020 Democratic presidential nomination in Alabama — ensuring that he wouldn’t be left off the ballot there.
The news came right after Jeff Sessions, the former Alabama senator and US attorney general, launched a bid to challenge Democratic Sen. Doug Jones for his old Senate seat — defying the wishes of his former boss, President Donald Trump.

Trump, meanwhile, is set to head to Alabama this weekend. He’ll attend the University of Alabama’s home football game against Louisiana State University — a match-up between the Associated Press’ No. 1 and No. 2-ranked teams in the country.

His visit comes shortly after newly released internal documents revealed that the government weather forecasters who swatted down his incorrect claim that Hurricane Dorian was headed for Alabama did so without realizing he was the source of the misinformation.

The odd confluence of events has placed Alabama at the forefront of national politics late this week, and raised a series of questions for which the answers will unfold in the coming months.

Among them: How will Bloomberg, a billionaire many times over who is willing to spend his own money on a centrist campaign, change the Democratic presidential race? And can Sessions, who was fired by Trump, co-exist with his former boss — or will Trump hammer his former attorney general so hard that Sessions loses the primary or Jones keeps his seat in the general election?

“We’re like the center of the maelstrom of this episode of ‘As American Burns,'” said David Mowery, an Alabama-based political consultant who has worked for candidates in both parties.

Alabama isn’t a stranger to this role. In late 2017, the special election for Sessions’ former Senate seat there dominated headlines. The race in the deep-red state was competitive largely because Roy Moore, the controversial former judge who won the Republican nomination, was imploding amid numerous allegations that he sexually assaulted teens while in his 30s. Those allegations, which Moore denied, cost the GOP the seat in a December 2017 special election.

The series of events on the GOP side can be traced back to the early stages of the 2016 Republican primary, when Sessions became the first senator to endorse Trump.

“It all kind of starts with 2015: Trump has a rally in Mobile with Jeff Sessions. And that was the spark that lit the flame that propelled him to the nomination, to the presidency,” Mowery said.

Trump fired Sessions in November 2018, blaming the Alabama Republican for recusing himself in the Russia probe and allowing special counsel Robert Mueller to be appointed. A month after the firing, Trump tweeted, “Jeff Sessions should be ashamed of himself for allowing this total HOAX to get started in the first place!”

When asked on the White House lawn by CNN on Friday if he would endorse Sessions, Trump said, “I saw he said very nice things about me last night, but we’ll have to see.”

Trump’s comments come after Sessions tried to ease tensions with Trump. Despite Trump firing him and publicly, and repeatedly, lambasting him by saying he’d made a mistake choosing him as attorney general, Sessions released a video expressing his continued support of the President.

“When I left President Trump’s Cabinet, did I write a tell-all book? No. Did I go on CNN and attack the President? Nope,” Sessions said in a video released by his campaign Thursday as he entered the Senate race. “Have I said a cross word about President Trump? Not one time. And I’ll tell you why: First, that would be dishonorable. I was there to serve his agenda, not mine. Second, the President is doing a great job for America and Alabama, and he has my strong support.”

Later in the video, Sessions said: “When President Trump took on Washington, only one senator out of 100 had the courage to stand with him: me. I was the first to support President Trump. I was his strongest advocate. I still am.”

And Sessions’ entrance doesn’t appear to have chased off anyone.

“It’s going to be hard to get elected in a Republican primary in Alabama when a Republican president with over 90% approval rating among primary voters has said just the last few weeks that Jeff Sessions is an embarrassment to the great state of Alabama. He’s going to have a hard time with that,” Byrne told reporters in Alabama this week.

It’s all coming to a head around a college football game for primacy in the Southeastern Conference, with Trump on hand.

“That game alone would be huge,” Mowery said. “You layer the president over it. And then you’ve got this whole subplot of Sessions, the president’s bête noire, jumping in.”

“The Bloomberg thing is just a whole ‘nother level of bananas,” he said.

Bloomberg this week sent aides to collect the signatures required to qualify for the Alabama ballot for the state’s primary on Super Tuesday — March 3. Next week, he’ll need to file in Arkansas and New Hampshire.

Those early deadlines mean potential last-minute entrants into the 2020 presidential race were essentially out of time to make up their minds.

Alabama could be a competitive state in the Democratic primary. Along with other southern states, its Democratic electorate is largely black — a constituency that former Vice President Joe Biden has performed strongly with as he competes with Massachusetts Sen. Elizabeth Warren and Vermont Sen. Bernie Sanders in the top tier of national polls.

That primary in Alabama would take place on the same day as the GOP’s Senate primary.

“It seems like it’s just going to get crazier from here,” Mowery said.

CNN’s Gregory Wallace and Maegan Vazquez contributed to this report.

The week in WWE TV: A unique turn to the IC tournament, and a...

Sports Gerald Ravindran - June 3, 2020
0
If there's one clear theme permeating WWE programming right now, it's that love is in the air. SmackDown had its poolside "Fast Times at...