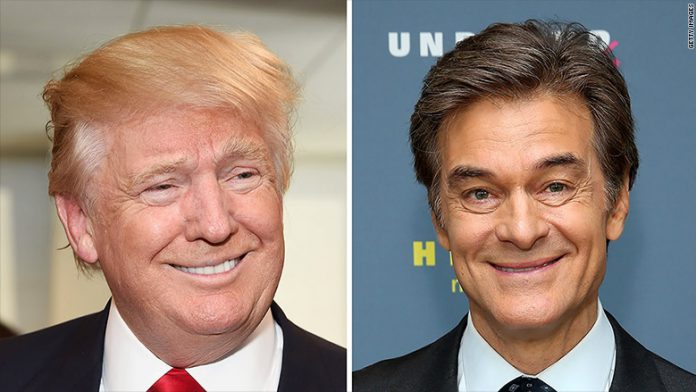 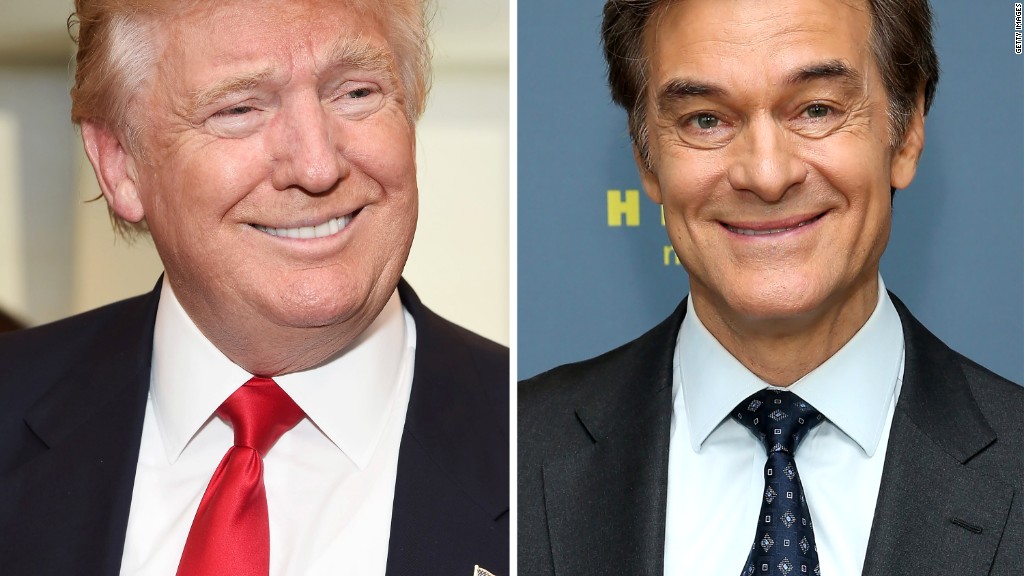 Donald Trump, a master showman, surprised the “Dr. Oz Show” studio audience on Wednesday by revealing the results of a recent physical exam.

The “Oz” episode, taped on Wednesday morning, will not air until Thursday. But a campaign spokeswoman confirmed that Trump handed Dr. Oz a one-page summary of the physical exam he underwent last week.

The physical was conducted by Dr. Harold N. Bornstein, the same doctor who previously said Trump would if elected be the healthiest president in history.

The campaign plans to share the information from Dr. Bornstein on Thursday.

During the taping, Trump told Dr. Oz that he wants to lose about 15 pounds, according to an audience member interviewed by CNN’s MJ Lee.

Hillary Clinton’s recent health travails only briefly came up during the hour-long taping, according to the audience member. Trump repeated what he has said in recent interviews: That he hopes she gets well soon.

The TV appearance gives the appearance of transparency, but the summary by Dr. Bornstein will fall far short of experts’ calls for detailed information about Trump’s health and medical history.

According to an announcement by “The Dr. Oz Show,” the television doctor took Trump “through a full review of systems,” including the GOP nominee’s nervous system, cardiovascular health and family medical history.

He also discussed political topics that are of interest to the “Dr. Oz Show” audience, like efforts to fight the Zika virus and Trump’s new child care policies.

Trump’s daughter Ivanka, who joined him on the campaign trail Tuesday, was also with him for part of the “Dr. Oz Show” taping.

And Trump took questions from the studio audience.

The reveal of Trump’s physical exam records was a surprise to the studio audience and to the media.

Trump’s campaign had said Wednesday morning that the results would not be disclosed during the television taping.

“What if there’s some embarrassing things on there?” Kilmeade asked.

Kilmeade followed up: “Oh, it’s still going to be his decision?”

Trump’s daytime TV chat about health and wellness is a savvy political stunt. The New York Times called it a “match made on TV,” describing Oz as a “kindred spirit — a physician who is not only Republican, but also has spent the last decade attracting an enormous following on television.”

Trump, a former reality TV star, is at home in a setting like “The Dr. Oz Show.”

He was booked on the show more than a week ago, which means the plans pre-date Clinton’s recent health scare.

Clinton is taking several days off from campaigning as she recovers from a bout of pneumonia.

But since she stumbled leaving a 9/11 commemoration ceremony on Sunday morning, Trump has been careful not to question Clinton’s health directly.

Oz told Kilmeade that he wanted to keep the TV segment focused on Trump and Trump’s policies — “we’re not going to be talking about Secretary Clinton, for sure,” he said.

Two bodies recovered from crashed US military aircraft in Afghanistan

Sports Gerald Ravindran - January 28, 2020
0
ST. LOUIS -- When an Achilles tendon injury last October put WWE star Xavier Woods out of action, he had one request about his...

GOP senator says they've 'got to be able to see' Bolton manuscript before witness...