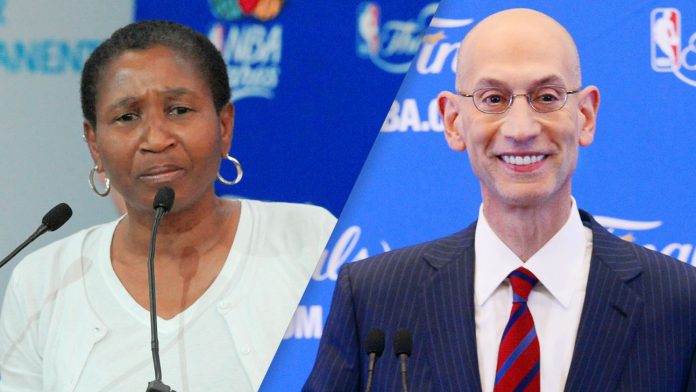 The last several months, the NBA and the National Basketball Players Association have been quietly working hard on a new collective bargaining agreement to avoid a work stoppage, which took place before a deal was struck in 2011.

The negotiations have been building toward this week, when a crucial moment in the talks will arrive. Here is a quick explanation of what is taking place:

A: When the NBA and the players’ union ended the lockout in 2011, they agreed to a 10-year collective bargaining agreement through 2021. However, a provision allows either side to declare the intention — by Dec. 15, 2016 — to opt out of the last four years of the CBA. From the day they signed this contract, both sides knew they’d probably be talking about a new agreement now and not in 2021. That date arrives Thursday.

The desire has been to have a new deal done so a replacement plan would be in place, to assure labor peace, at the moment the current one is terminated. If a new CBA isn’t in place, either the league or the union — or perhaps both — will opt out, and the current CBA will end on June 30, 2017.

Q: So if the sides don’t agree by Thursday, will there be another lockout?

A: Not necessarily. Thursday is a procedural deadline. The real deadline for getting a deal done is July 1 of next year. If the opt-out clause is invoked and there isn’t a deal by then, that’s when a lockout would begin. There is still lots of time. The true deadline is probably September, when actual training camp time would be lost.

However, both sides are motivated to get a deal done, and doing so now, six-plus months early, would be a great sign and assure no disruption in the league’s momentum. If there’s a roadblock now, it could end up fostering bad blood. These talks have been framed as a CBA “extension,” not a “new” CBA because many issues settled in the previous CBA are being left alone. If the sides have to start from scratch, there’s a greater chance problems will arise.

Q: Could this deadline be pushed back?

A: Sure, the sides could mutually agree to extend it out a few days if they feel they’re in deal range. They have been talking intensively for months now and have settled a lot of matters. The biggest issue is always the split of the revenue pie — that is what caused the loss of games in 2011 — and the sides have agreed to leave the current split essentially in place.

The players have been getting between 49-51 percent of basketball revenue the past six years, depending on a series of complex factors. As long as that agreement holds, it’s likely there will be no lost time.

Q: So what’s the holdup?

A: The biggest sticking point is believed to be the licensing deal. This is about the money that comes in from brands that use NBA logos or likenesses of players: jersey sales, video games, “the official beer of the NBA,” etc. In the past, this agreement has been separate from the CBA, but it appears the sides want to make changes to the contract now.

They have been talking for several weeks about this and don’t yet have a resolution. But with so many larger matters, and since commissioner Adam Silver and union executive director Michele Roberts are focused on making sure their first CBA together doesn’t involve a work stoppage, leaders on both sides believe they can get something done.

Q: So why was Carmelo Anthony so pessimistic?

A: Anthony is one of the union vice presidents, and he was clearly frustrated in his remarks to ESPN over the weekend. It is typical in complex negotiations for sides to get upset with each other when problems aren’t resolved quickly. Deadlines also create pressure. That is manifesting itself here.

This is clearly a challenge because there was a belief that a deal would be in place by now. On balance, there’s been a lot more agreement in major areas, such as revenue split, expansion of the D-League, changes to free agency, changes to extension rules and a joint effort to help retired players.

Q: How will this affect this season?

If there’s no deal, it might freeze the transaction market somewhat because teams will be cautious about making deals when they don’t know all the new rules.

Q: So there’s no way games would be lost this season?

A: Right, even if there’s no deal this week, the current agreement will carry past the NBA Finals and the 2017 draft. All of those events will happen as scheduled.

Disappointed but not deterred, Gauff proud of Australian Open showing

Disappointed but not deterred, Gauff proud of Australian Open showing

Sports Gerald Ravindran - January 26, 2020
0
MELBOURNE, Australia -- For a brief moment on Sunday, it looked as if Sofia Kenin would be the latest to fall victim to rising...

Sports Gerald Ravindran - January 26, 2020
0
LOS ANGELES -- The League of Legends Championship Series swung back into action Saturday, and 10 franchises are taking aim to be North America's...

Sports Gerald Ravindran - January 26, 2020
0
PHILADELPHIA -- Years ago, it was LeBron James following Kobe Bryant by coming straight out of high school to the NBA. On Saturday, it...