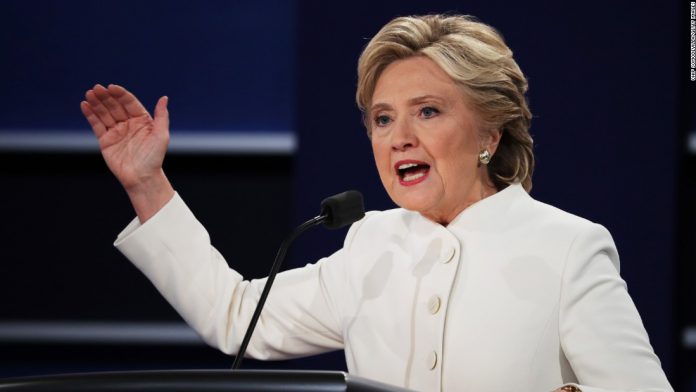 The art of the debate night one-liner seemed lost for long stretches of the contest. The vice presidential debate was a low point. Wrestling with their own rhetorical limits, Mike Pence and Tim Kaine ultimately found themselves pinned under a pile of cringeworthy gibes.

“You are Donald Trump’s apprentice,” Kaine told Pence, to crickets.

Pence dove into the uncanny valley of zingers, appropriating one of Ronald Reagan’s signature lines — “There you go again” — by responding to a Kaine attack by saying, “There they go again.” Thud.

The primaries hadn’t been much kinder. The most memorable one-liner, delivered by Marco Rubio, was delivered and then delivered and delivered again. Four times in one brief exchange, he told voters it was time to “dispel once and for all with this fiction that Barack Obama doesn’t know what he’s doing.”

“He knows exactly what he’s doing,” Rubio said and said again, though it was clear that, at least in this endeavor, the Florida senator clearly did not.

So what went wrong — or right? Had blunt, bombastic, boisterous and brusque billionaire Donald Trump slain another sacred cow? Was the era of the one-liner over?

“I don’t think so,” said former Mitt Romney campaign aide and CNN commentator Lanhee Chen, optimistic even after the vice presidential fiasco. “I think there is still a purpose for them because what normally makes a one-liner good is that it encapsulates a really big point in a very memorable way. There is still going to be a demand for that kind of thing for candidates.”

Social media, especially Twitter, can grab an effective one-liner — especially the kind with a quirky touch — and act as an accelerant, like it did when Hillary Clinton said Wednesday that Russian President Vladimir Putin would consider Trump his “puppet” in the White House.

When “Child’s Play” creator Don Mancini posted an image of his “Chucky” minutes later, it was clear. Clinton had broken out and delivered a very serious message about Trump’s alleged affinity for Moscow in a way that landed with the broader public.

She struck again minutes later, succeeding where her running mater did not, by tweaking Trump over his most recent day job.

“On the day when I was in the (White House) Situation Room monitoring the raid that brought Osama bin Laden to justice,” she said, readying the hammer, “he was hosting ‘The Celebrity Apprentice.’ “

And how about what Trump shot back? Chances are, you don’t remember.

John Hudak, a senior fellow at the Brookings Institution, says the cost-benefit analysis has never come out more heavily in favor of at least attempting to create what politicos call “a moment.”

As an example: “Imagine Twitter in 1988,” Hudak said. “It would have gone crazy when Lloyd Bentsen said that (see below). He won that debate and he won on that line. But he probably would have won by a much bigger margin if he were saying it in an era of Twitter.”

But as Bentsen and the top of his losing Democratic ticket, Massachusetts Gov. Michael Dukakis, can attest, simply “winning” a debate is not the same as gaining a meaningful toehold in a tough campaign. They lost to George H.W. Bush and Quayle in an electoral landslide.

The full measure of Clinton’s salvos can’t be taken in their immediate aftermath, but in the days — and news cycles — to come. The question now is whether her pithy attacks accomplished their fundamental intent.

“If you effectively land it, you know it will dominate the TV coverage all day the next day and into the next week,” said Lis Smith, the director of rapid response for President Barack Obama’s 2012 campaign and a top aide to Martin O’Malley during his primary bid this year. “So if you effectively land a zinger, it is guaranteed that it will dominate the news coverage and there is a very real utility in that.”

The rewards may be greater as ever, but the degree of difficulty in pulling off that successfully sharp, if telegraphed jab, grows as cultural consumers, already inundated with too-cute brand messaging, gets more clued-in to political stagecraft.

“The curtain has been pulled back on debate prep more than ever,” Smith said. “The public is more conscious about the artifice that goes into debates — the zingers and different debate tactics that candidates use. So because people are more aware of the artifice that goes into these things, they’re more likely to roll their eyes when they hear a clearly scripted a one-liner.”

The eyeball test was kindest to Clinton in her third and final debate with Trump. Her cringe inducing allusion to, deep breath, “Trumped-up, trickle down” economics from their first round, on September 26 in New York, seemed so very far off.